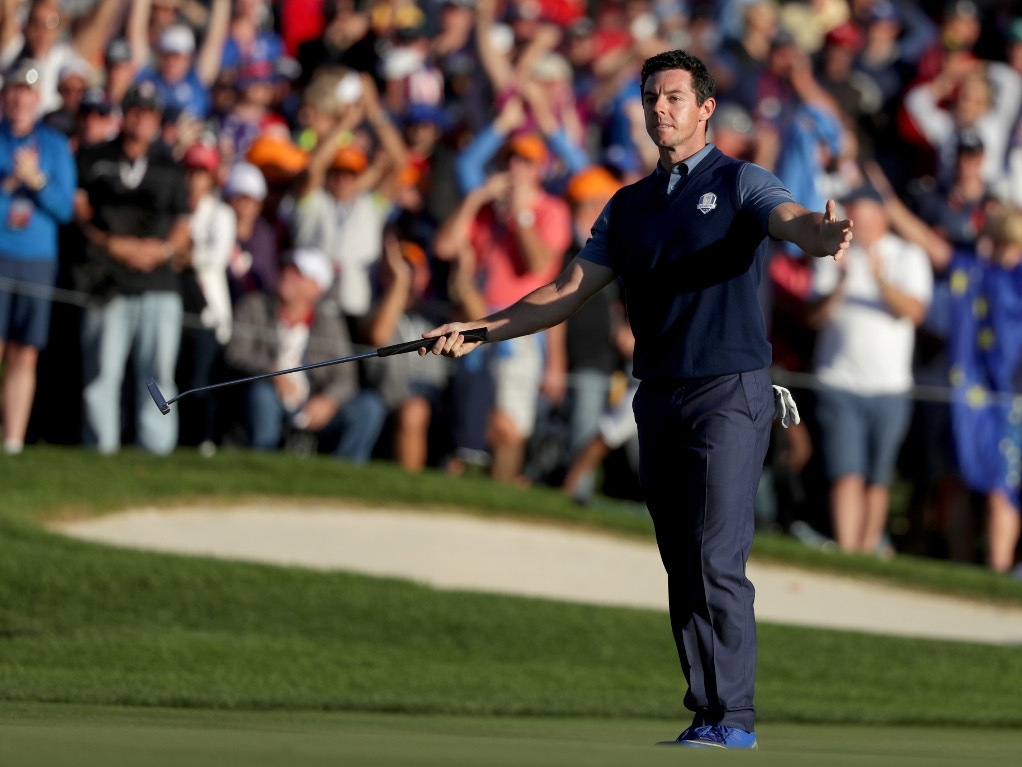 Rory McIlroy admits the home crowd at Hazeltine is “pretty hostile” after blocking out the stick to put Europe back in contention at the Ryder Cup.

Four-time Masters winner McIlroy was the subject of jeers from the USA fans on the opening day of the Ryder Cup, amidst a boisterous atmosphere in Minnesota.

However, it was McIlroy who rubber-stamped Europe’s 3-1 win in the afternoon fourballs with a stunning 15ft putt, before the Northern Irishman mockingly bowed to the crowd.

"It's pretty hostile out there,” said McIlroy.

“You don’t want that to get to you, but you just want to let them know when you hole a putt how much it means to you."

Europe’s comeback in the afternoon session reduced the USA’s advantage to 5-3 after the visitors had been routed in the morning’s foursomes.

An eagle on the 16th from McIlroy secured victory over Dustin Johnson and Matt Kuchar, yet the 27-year-old was quick to praise debutant partner Thomas Pieters.

“I redeemed myself at the end but all the credit has to go to this guy,” added McIlroy.

“I left Thomas with a bit of work to do in the middle of the round, I sort of lost myself for a little bit but thankfully I redeemed myself.

“He’s a Ryder Cup rookie and he has taken to it like a natural. He has been incredible all day.

“Even the way he played this morning in the foursomes and what he did out there in the afternoon. He's a stud."