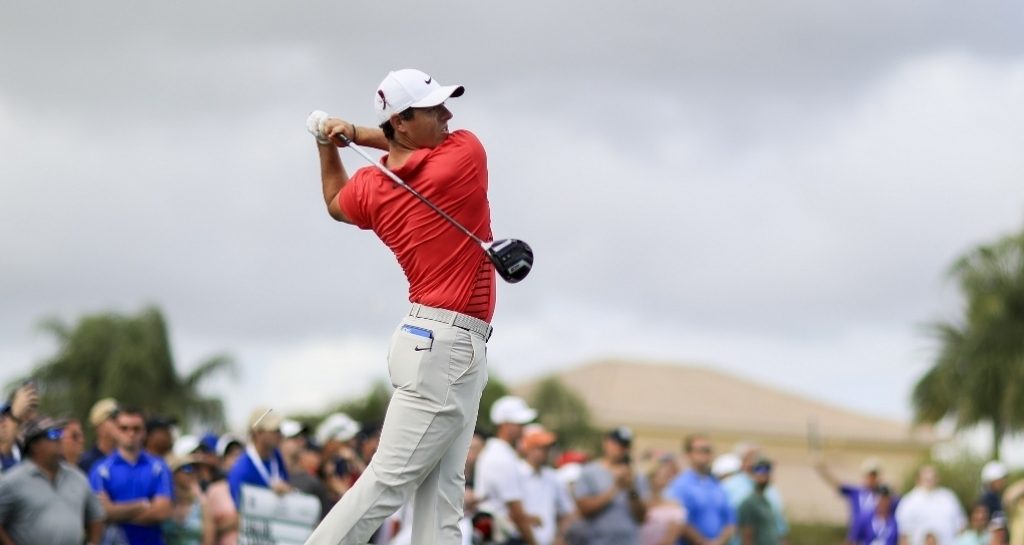 Rory McIlroy is eager to bounce back from a mistake at the last hole of his first round at the Honda Classic on Thursday.

The Northern Irishman failed to build on a bright start at PGA National, finding himself two under after four holes before the blustery conditions started getting the better of him.

McIlroy bogeyed the sixth and seventh before grinding out 10 straight pars, but then found water at the last to close with a nasty double-bogey seven for a two-over-par 72 that leaves him six shots adrift of the leaders.

"It was a pretty tough day," McIlroy said afterwards. "The wind was up, the greens got a little crusty and firm and I felt like I was hanging on pretty well. I was doing everything I needed to do, just grinding out pars.

"I was pushing for a birdie at the last to try and shoot under par and just tried to hold a three-wood up into the wind and over did it a little bit. It was a disappointing finish, it was the right shot. I just didn't execute it the right way.

"I'm obviously disappointed with how I finished today but excited to get a chance to go out there again, shoot a good score and find my way back up the leaderboard."

Asked if his game needed any adjustments considering the conditions, he added: "Not a whole lot. I feel like I was pretty solid out there and I didn't do much wrong. I struggled to read the greens, and I hit a couple of putts that did the exact opposite of what I thought they were going to do.

"Just fairways, greens, and grind out pars and try to pick up birdies when they come along. But if the wind stays like this, it's going to be a tough week."