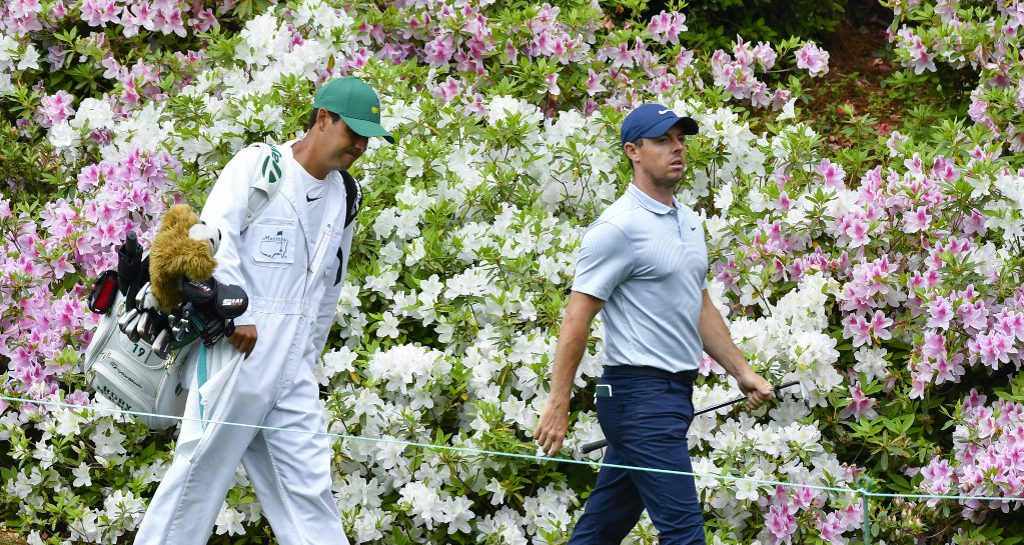 Rory McIlroy feels like he has finally found a mental approach to the game of golf that is bearing fruit and will sustain him for the rest of his career.

At Augusta on Tuesday, McIlroy gave reporters some insight into the vast amount of “mind training” he has done this year in order to ensure that his own thoughts don’t prevent him getting the job done.

Eagle-eyed viewers might already haven noticed a calmer and more relaxed McIlroy on the course this year, and it’s an approach that clearly seems to be paying off, as he stormed to victory at The Players Championship last month on the back of several runner-up finishes.

Already highly confident in the state of his game – his swing and his touch around the greens – McIlroy has recently been more focused on making sure he gets all the mental aspects of his game right as well.

It’s an approach he feels could be particularly valuable at the Masters, the only major trophy missing from his cabinet, and where he has come close on several times but failed to get the job done.

“You always feel like you’re on the right path and whatever you’re working on is the way forward,” McIlroy said at his pre-tournament press conference. “But to get that validation, the win at The Players, the close calls, the good play that I’ve had over the first four months of the year, it just proves to me that what I’m doing are the right things for me.

“I’ve found a formula that works for me, and I’m going to persist with it and I’m going to stick to it. It’s helped me play some of the best golf of my career so far this year, and hopefully that will continue.

“It’s been a wonderful start to the season, and my consistency levels have been as good as they ever have been. I don’t think I’ve ever started a season this well in terms of finishes, and looking at all my stats, they are right up there with some of the best years that I’ve had.

“I’ve been focusing on the small things and not living and dying by results, and not getting caught up in trying to play perfect golf. Maybe a little more acceptance, and a little bit of change in attitude, which I think has been one of the biggest keys to how I’ve played for the first few months of the year.”

While McIlroy has clearly had his mental struggles at Augusta in the past, he was adamant his new mind training was not specifically geared at getting the job done here.

“No, that’s definitely not a good place to be in,” he added. “It’s to make the most of the next 20 years of my career. It’s not just about one week. This is a lifelong journey of trying to improve and learn and try to master my craft, which is golf. That’s what I’ve chosen as what I want to do, and with my life. That’s a lifelong pursuit, and it’s not just one week a year.

“Look, you still want to win, but there are ways to do it and there’s mechanisms that you can put in place that help you achieve your goals that aren’t just about the result. It’s about the process of getting to that point.

“So it’s not as if I’m coming here not to try and win the golf tournament, but I know if I have the right attitude and I have my goals that I want to achieve this year, the by‑product could be winning this golf tournament.

“I think I’ve had a healthy dose of perspective this year, and that’s helped, either with great results like The Players, or undesirable results of not being able to finish a tournament off. So being able to put both of those things in perspective have been a good thing.”

Not that it’s all about the mental battle. McIlroy knows he’ll need to bring his A-game as well, and he’s confident he knows Augusta well enough by now to bring it.

“I think it takes a while for to you get comfortable on this golf course and the surroundings,” he said. “But I have got that comfort level now and it took maybe five or six years to get to that point.

“And I know I’ve played well enough and I’ve shot enough good scores around here over the years that, if I can put my best effort forward, I’m going to have a good chance to do well here.”