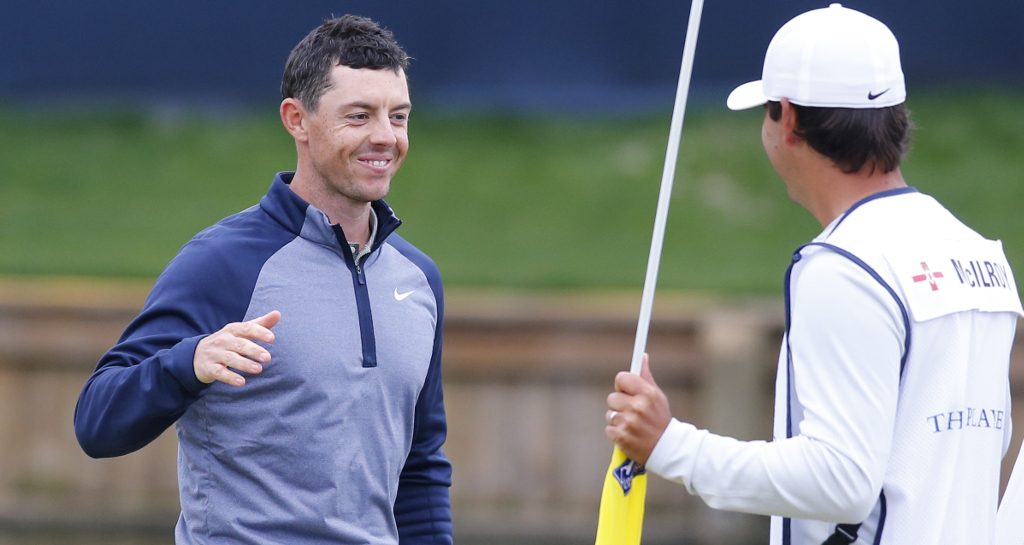 Having had to work really hard to finally return to the winner’s circle at Sawgrass on Sunday, Rory McIlroy reckons it was all worth it in the end.

In the weeks leading up to his Players Championship win, McIlroy came under some intense scrutiny from fans and pundits for his tendency to play himself into the final group on Sunday only to fall at the last hurdle.

The Northern Irishman put himself in that position again on Sunday, but this time there was to be no near miss, as a final-round two-under-par 70 saw him claim a one-shot victory over Jim Furyk.

McIlroy showed impressive character down the stretch to bounce back from a double-bogey at the fourth and a bogey at the 14th, even as thoughts of another final-round disappointment must have flashed through his mind.

But he responded like a true champion with birdies at the 15th and 16th and two rock-solid pars at the tricky 17th and 18th to seal the prestigious victory.

“I knew today was going to be difficult just by looking at the forecast. But the good thing is it wasn’t just difficult for me, it was difficult for everyone else,” he said afterwards.

“I thought anything in the 60s today was probably going to get it done for me, and I didn’t quite get to that number, but I needed to show a lot of character out there, too, over through four, double-bogeyed four, hit it in the water, and I think all the experiences I’ve had over the last few weeks in terms of trying to win and not getting over the line definitely helped me today.

“Maybe if I hadn’t have had those experiences, I wouldn’t be sitting up here with this trophy, so I’m thankful and grateful for those experiences I’ve had this year. Yes, it would have been nice to maybe get another win, but it sort of made it all worth it, the fact that this win has come at this golf tournament, a tournament where Sawgrass and I didn’t have the greatest relationship starting off, and I’m very thankful to the PGA Tour for putting it back to March. That was very helpful for me. Thank you.

“I’m just really proud of myself, the way I played the last few holes, especially after bogeying the 14th from the middle of the fairway.

“The second shot on 15 to set up that birdie putt was the best shot of the day by far. And then how I played the last few holes, I birdied 16, kept telling myself on the way to the 17th tee, just make three more good swings. That’s all you need to do, make a good swing in here, two good swings at the last, and this thing is yours, and to step up and make those three good swings, it’s very satisfying knowing that it’s in there when it needs to be.

“Very proud, very honoured to be able to call myself a Players champion, a tournament I haven’t won before, so great to obviously add to the CV.”

McIlroy could hardly have asked for a better lead-up to next month’s Masters, when he will go in search of a career Grand Slam that has thus far proved elusive.