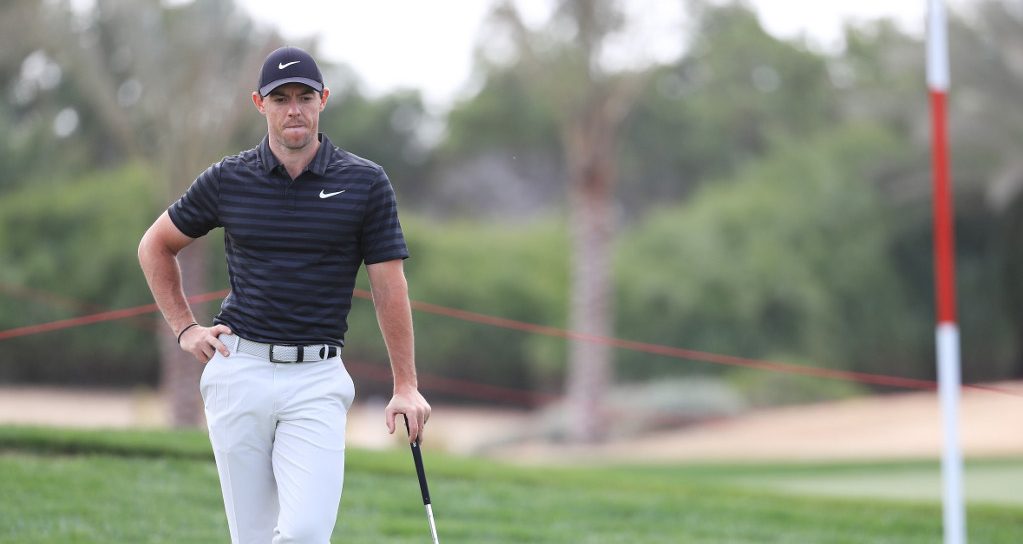 Rory McIlroy suffered through an injury plagued 2017 but is excited to get back on the course for the first time this year in Abu Dhabi.

The Abu Dhabi HSBC Championship tees off on Thursday and will be McIlroy’s first competitive round since October, where went even par at the Alfred Dunhill Links Championship. Shortly after, a rib injury forced him to the sidelines.

As such, the Northern Irishman would close out the year winless for the first time since 2008. Now fully recovered, the five-time major winner is chomping at the bit to get back into the winners circle.

“But you have to play them to give yourself a chance to win them in the first place. I’m playing quite a lot this year, so hopefully I will give myself plenty of chances and the more I give myself the more comfortable I will be in that position again.

“Hopefully I can start the year in the right way. I really missed the competition part of it.

“I’m as excited for a season more than I have been for a long time because of having that bit of time off and having time to reflect on things.

“I love what I do, I love being out here, I love playing golf tournaments and hopefully I can show that excitement on the course.”

Excited to be back…with this guy 🦅…at the @ADGolfChamps ⛳️ pic.twitter.com/QvD7TNQnOu

McIlroy also revealed he is on a new diet as he searches for better energy levels while on Tour.

“I’m probably a bit of a pain in the backside for waiters trying to order something and asking ‘can you do it this way or cook it without any oil or any butter,’” he continued.

“I’ve been quite disciplined with it. Obviously I let myself go on Christmas Day and Thanksgiving. But it’s been really good and it shows.

“I feel better, I am a bit leaner and energy levels are probably a bit better and hopefully that’ll affect how I perform on the golf course.”

McIlory is part of the star-studded field in Abu Dhabi that includes world number one Dustin Johnson, 2016 Open Championship winner Henrik Stenson and Justin Rose – which will make things interesting when punters decide to do some betting on golf.