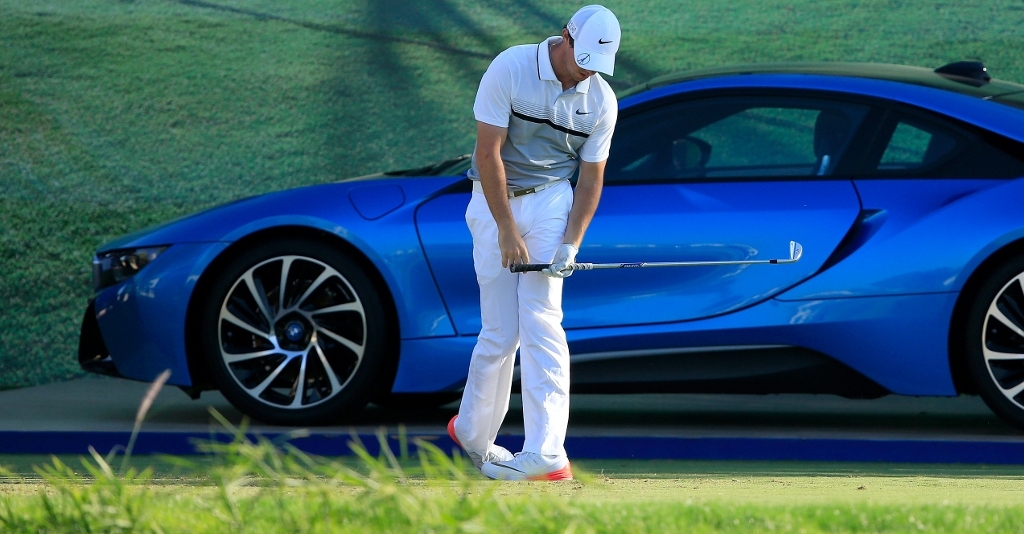 DP World Tour Championship winner Rory McIlroy had no excuses for his tee shot that found the water during Sunday's thrilling finish in Dubai.

After a run of four birdies in his previous six holes, McIlroy arrived on the 17th tee with a two stroke advantage over Andy Sullivan.

However, the world number three found the water off the tee and was forced to play from the drop zone, where he landed the ball safely in the middle of the green.

"It was 40 yards off line…it was just a horrendous golf shot," the 26-year-old told europeantour.com.

"That was really how I thought of it, and just those little words that he said to me walking up to the drop zone, it helped, because even though I had a two-shot lead at that point I was, in my mind, all-square when I hit my approach shot on to the green."

McIlroy dodged the first bullet when Sullivan was unable to take advantage, just missing his birdie attempt. But cometh the hour, cometh the man, as the Northern Irishman rolled in a delightful 30 foot putt to card a bogey and keep his lead.

"I didn't like the golf shot and I wasn't very happy with myself, but I was able to get over it quick enough to hole the putt," he added.

McIlroy was also full of praise for Sullivan, who despite McIlroy's popularity, appeared to have won the hearts of the gallery at Jumeirah Golf Estates.

"I knew Andy was a great player…you don't win three times in a season and not be a great player," continued McIlroy.
"I witnessed first-hand how good Andy is in the first two rounds of the Desert Classic this year. We played together and he really impressed me.

"He flights the ball really well. He hits it left-to-right, right-to-left. He's got all the shots. He obviously putts very well.

"Any time I've played with Andy, I have been very impressed. To battle the way I had to out there today is testament to how good he is and how much he has improved.

"I know one of his big goals next year is to make The Ryder Cup team and he would be a great asset for Europe to have in the team."