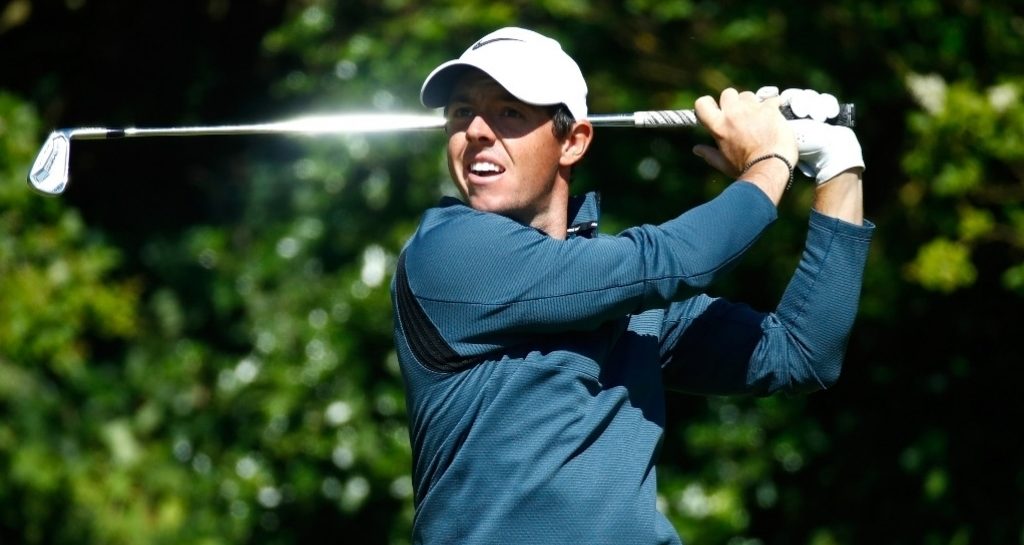 Rory McIlroy could hardly have made a worse start at the Open Championship, but a gritty fightback on the back nine kept his head above water.

The Northern Irishman heading into this week’s major championship having missed three of his last four cuts, and the initial signs suggested he was almost certainly set for another.

Five bogeys in his opening six holes sent McIlroy crashing down the leaderboard in quick time as his game appeared to totally desert him.

The bogey at the first could have been much worse after a wild shot left him in heaps of trouble, but McIlroy holed a 25-footer for par to limit the damage.

McIlroy was wayward again at the third and fourth to drop two more shots, and made further bogeys after missing a four-footer for par at the fifth and seeing his par-effort at the sixth horseshoe out of the hole.

To his credit, however, McIlroy hung in there, mounting a brave comeback on the back nine to ultimately sign for a one-over-par 71 that not only has given him a good chance of being around for the weekend, but still leaves him in contention for the trophy provided a few things go his way in the days to come.

If scorecards had pictures … pic.twitter.com/dZzaKTUeAw

McIlroy was almost as good on the back nine as he was bad on the front, rallying with four birdies – including three in his last four holes  – to salvage what had looked like a disastrous day at the office.

As good as his fightback was, however, the reality is he already finds himself six shots behind proven major winners like Jordan Spieth and Brooks Koepka, and that’s not the place the former World No 1 would ideally like to be – especially with tough, windy conditions predicted for Friday.

Nevertheless, he rallied so impressively that it might just give him the much needed confidence boost he’s been seeking all summer.

A card of two halves: @McIlroyRory rallies on the back nine to finish with a one-over-par 71. #TheOpen #NTTDataWallhttps://t.co/ZBw1iLNgeA pic.twitter.com/3pVrsw3Yzu

“I am just trying to remember the last 12 holes and scrub the rest out of my mind,” McIlroy told BBC Radio 5 live after his round.

“It was a rough start, I was just indecisive out there. Mentally I was not engaged and I was half caught between playing the golf shot I needed to and my golf swing.

“My caddie JP gave me a talking to on the sixth tee which helped to keep me positive. He tried to remind me who I was and I had won this tournament before. He told me not to feel any pressure and to play my game and I started to play my game after that. It was nice to make birdies coming in. At least I feel I got myself back out of the hole I was in and get back into the tournament.

“I’m encouraged about what I saw on the back nine and will try and go out and do it all again tomorrow and limit the mistakes. I played 12 good holes and hopefully that will keep the run going.”