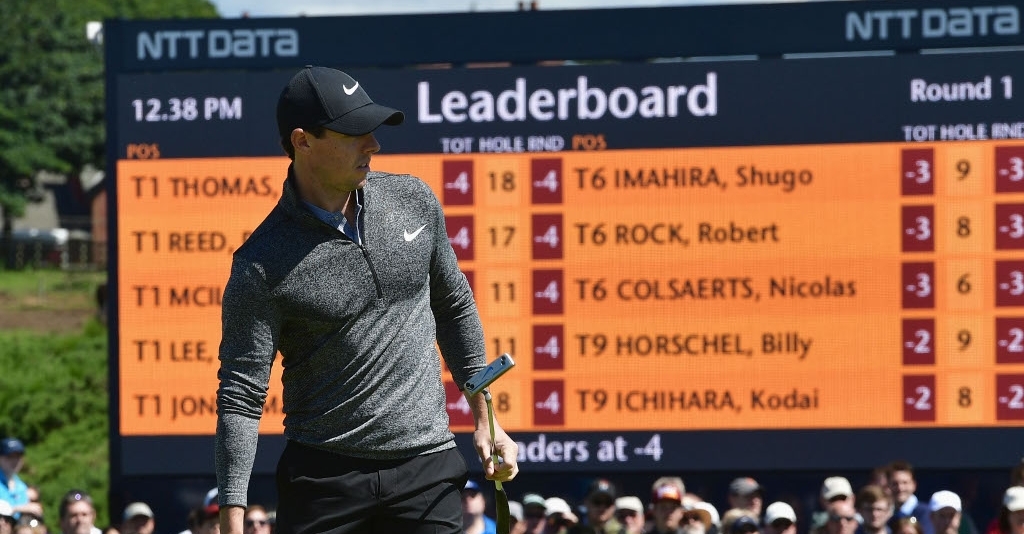 Rory McIlroy was encouraged by his two-under-par 69 in Thursday's first round of the Open at Troon.

While it could have been even better, the round still leaves him firmly in contention at the year's third major championship, three shots behind early clubhouse leader Patrick Reed.

McIlroy would have had thoughts of something seriously low after picking up four shots during a five-hole stretch on the front nine to briefly tie for the lead, but he wasn't able to maintain that kind of level on the back.

The Northern Irishman dropped two shots in the blink of an eye as he double-bogeyed the 13th, before another bogey at 14 threatened to derail his round completely.

He was able to bounce back with a birdie at 15, however, before parring his way home for a pretty solid 69.

"It was good, a solid start – I was able to make a run of birdies on the front nine," said McIlroy.

"You really needed to make hay on the front nine and after a slow start I was able to do that."

The double-bogey would have been particularly disappointing as it included a missed 18-inch putt for bogey, but McIlroy wasn't getting too down on himself about it.

“The frustrating thing is they were two of the best shots I hit all day, the drive on 13 and the second shot,” he said. “It was the wrong club I hit.

"The double-bogey was disappointing and that affected by tee shot at the next but I was able to bounce back at the 15th."