McIlroy pleased with 69 on return to action 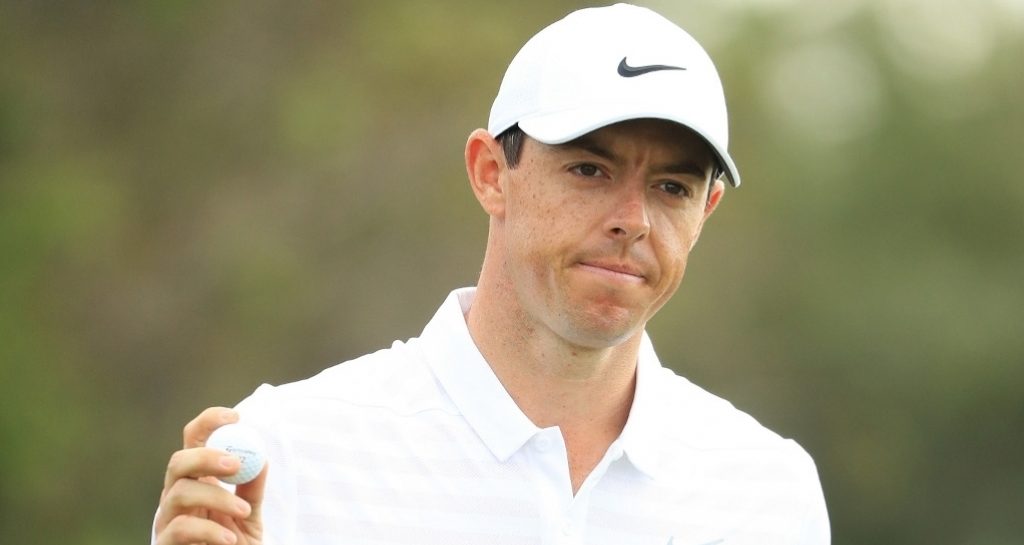 Rory McIlroy was happy to mark his return from injury with a competitive three-under 69 at the Abu Dhabi HSBC Championship on Thursday.

The Northern Irishman was forced to end his largely unsuccessful 2017 campaign early as the result of a long-standing rib injury, but it did not take long for him to get back in the swing of things following the three-month lay-off.

McIlroy had to wait until the 12th hole to register his first birdie of the day, but once that one dropped, he rolled in two more to finish the day just three shots off the pace set by playing partner and defending champion Tommy Fleetwood and Hideto Tanihara.

Notably, McIlroy went bogey-free – something he only managed to do once during the whole of 2017.

“It was nice,” said McIlroy. “I sort of knew what I was expecting out there but at the same time, you never really know. First competitive round in over a hundred days, so it's a little bit different. But I did well.

“I stayed patient. I gave myself loads of chances and started the day with 11 straight pars, so I was trying to stay as patient as possible, so it was nice to birdie three of the last seven there and get in under 70.

“Really pleased, actually. I played very solid. I think only missed one or two greens, so gave myself plenty of chances. Drove the ball well. Iron play was pretty good. So just need to keep doing that over the next three days and I should have a chance.

“So I feel like I'm nearly the most prepared for a season that I've ever been, so those couple of months were nice. It was nice to get back out there and it was a great pairing to start off with with Dustin (Johnson) and Tommy out there. Tommy obviously played very well and I was just trying to hang on to his coattails for most of the round. Really pleased. Bogey-free, 69, can't really complain.

“It's the first day of a long year hopefully, so it's just a matter of just trying to hit good shots and try to hole putts and move on to the next and do the same thing. I guess not that I didn't have any expectations but I think going out there and just more of a, not learning, but just we'll see how it goes, having that attitude, it definitely helped, as well.

“My expectation coming into this week was that I could win, but I think after the first day, seeing where my game's at and playing alongside two of the most in-form players in the world right now, I feel like I'm not that far away.”