McIlroy not stressed by major drought 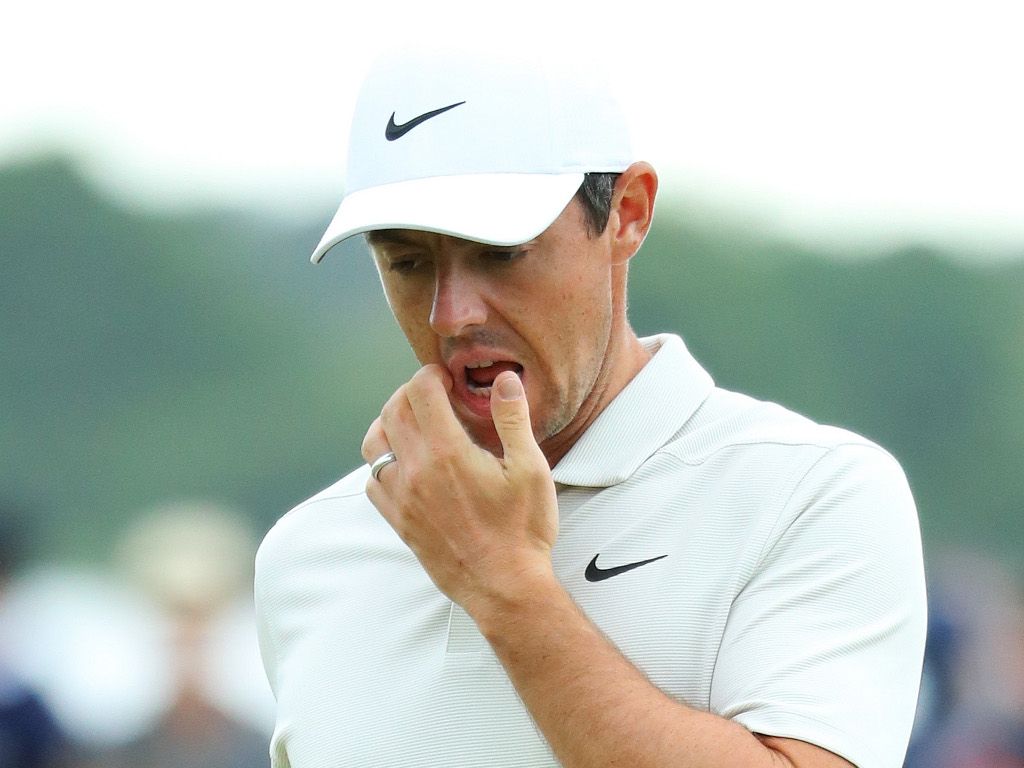 Rory McIlroy says he is not panicking in his quest to win more major championships.

Speaking ahead of this weekend’s Irish Open, McIlroy said he hoped to be in contention at the remaining two majors this year after enjoying vastly differing fortunes at the Masters and US Open.

McIlroy came close at the Masters in April, starting in the final group before fading badly with a final round 74, while an opening round of 80 at Shinnecock Hills last month saw him miss the cut as the US Open.

It is now four years since his last major win at the 2014 US PGA.

“Nothing is going to change in my life whether I win a major or not,” said McIlroy. “I’d be disappointed if I didn’t but I don’t panic. It doesn’t keep me up at night.”

“I was proud of myself just to get into the final group at the Masters. I didn’t have a good Sunday,” said McIlroy, who is aiming for a second Open Championship at Carnoustie in two weeks.

“The US Open was the US Open. I’ve got two more chances to win this year to hopefully play myself into contention.

“My goal this year, it wasn’t to win majors. It was just to give myself a chance and to put myself into positions to see how I fare.

“I did that at Augusta. I felt like I learned a bit from it and then hopefully going into Carnoustie and [the US PGA at] Bellerive, I can put myself in similar positions.”

Host @McIlroyRory​ looks back on Pro-Am day at @Ballyliffin.

He added that the Glashedy Links at Ballyliffin, the venue for this week’s tournament, is a good place to start his preparation for Carnoustie.

“You know, it’s a tough track here,” he added. “You can’t put it in the bunkers off the tee because they really are penal. So you have to hit fairways, the greens are getting firm, it’s getting bouncy out there, and it’s going to be a really good test this week.

“This not just a tune-up, obviously it’s a great event in its own right, but I think there are elements to this golf course that if you can hit the shots here, you should be able to do it at Carnoustie as well.”