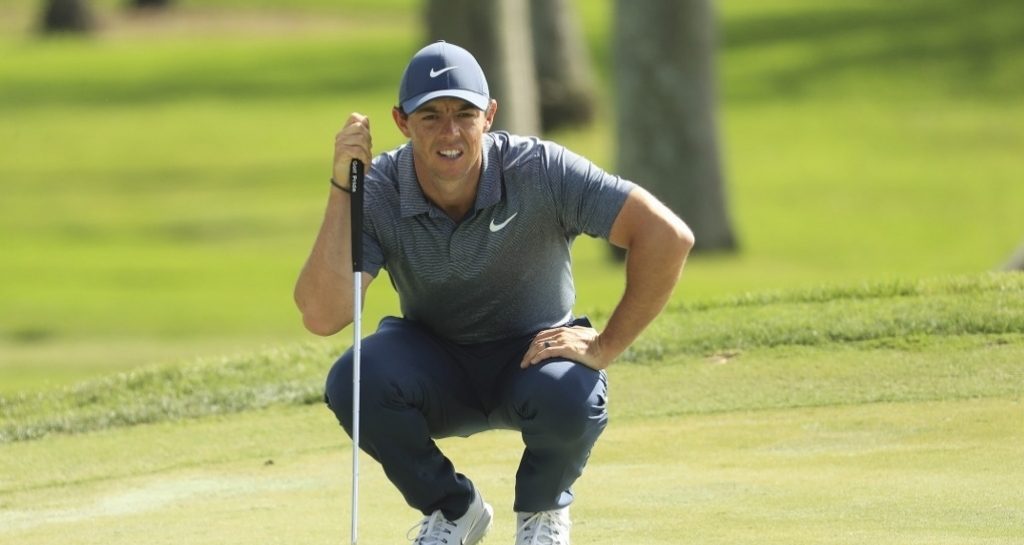 Rory McIlroy says you only have to be a solid putter – not a great one – to win at Augusta.

The Northern Irishman was discussing his chances at Augusta this year, and while he admits his putting – particularly from range – is not his strongest suit at the moment, that shouldn't hurt him too much at the Masters.

"At Augusta you don't need to putt great, you need to not waste any shots, no three putts, hole everything inside five feet," McIlroy told BBC Sport NI.

"I feel good about Augusta, I know the golf course so well."

McIlroy now finds himself down to 10th place in the world rankings, with his last victory coming in September 2016, and while he managed two top-three finishes in Europe at the start of the year, he has nothing other than one top 20 to show for his three starts on the PGA Tour this year.

McIlroy has not been holing much from distance on the greens, and has been spending time with his putting coach Phil Kenyon in an attempt to improve what is considered the weakest part of his game.

Still, he's confident he can do enough to tame the Augusta greens, and believes the rest of his game is good enough to carry him through.

"You don't need to hole every 15 footer that you look at, you need to be efficient, just not to be wasteful," he added.

"Speed is import and lag putting, they are big keys and I feel like I've started to get lot better at that, especially there because there is a lot of break and a lot of different slopes but I think I have it figured out."

McIlroy remains desperate to win the Masters and become only the sixth golfer in history to complete the career Grand Slam by winning all four majors.

"I feel like if I just play my game it will all happen sometime soon hopefully – any week I tee it could be the week," he said.

"Winning is important and that's how I will be judged, but right now it's about the journey and getting back there. I'm not that far away.

"Since I won the Open in 2014, the Masters is the biggest event of the year.

"This will be my fourth go at it (achieving the Grand Slam), I have had three top-10s in the last three years and I played well, but just not played well enough."