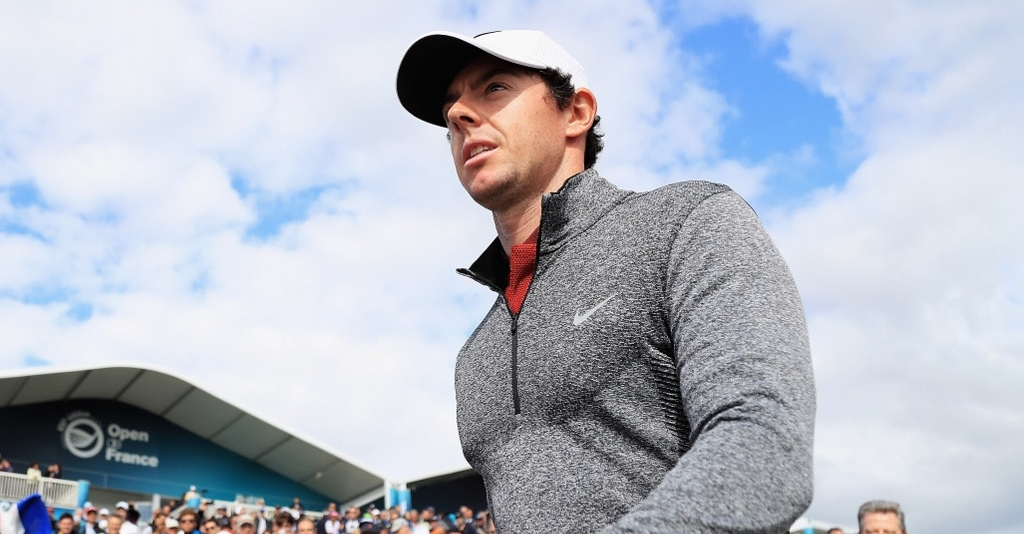 Rory McIlroy rocketed into a share of the Open de France lead on Friday thanks to a scintillating six-under-par 66.

The Northern Irishman started the day in 29th place after a first-round 71, but ended it tied for first after mixing six birdies with one bogey for a much healthier looking 66 at Le Golf National in Paris.

It cold have been even better for McIlroy, however, but for his tee shot at the last which found the water and led to his sole bogey, but he can still be very pleased with his day's work.

McIlroy admitted after his 71 on Thursday that his swing was "a work in progress" but outside of his mishit at the 18th, there were no signs of trouble off the tee.

The four-time major winner gave himself plenty of birdie chances thanks to some pinpoint irons, and picked up shots at third, sixth, seventh, ninth, 13th and 14th.

Reflecting on his dropped shot at the last, McIlroy said: "I can't let what happened at 18 taint what was a very good day. I barely put a foot wrong.

"I'm continuing to work hard on my golf swing while I'm out there but it seems to be working so I'll continue to do it!"

Wang, already a two-time winner this year, matched McIlroy's impressive performance, picking up two birdies on the front nine and four more on the back, with his only bogey coming at the par-5 ninth – a hole he also bogeyed on day one.

The leading group are one shot clear of Austria's Bernd Wiesberger (71), Dane Anders Hansen (68) and Belgian Nicolas Colsaerts (68), while Joost Luiten (70), Francesco Molinari (71) and Andy Sullivan (70) are among those on three under, two back.

Further down the field, Masters champion Danny Willett's struggles since his first major win continued, as he missed the cut following rounds pf 75 and 72.