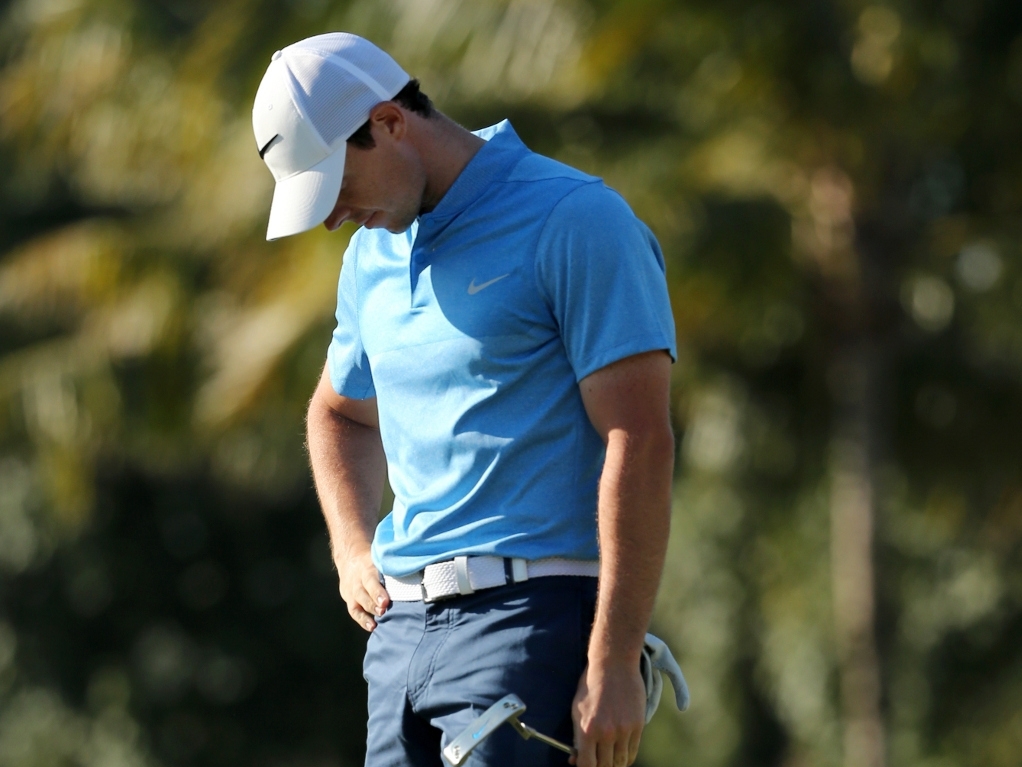 Rory McIlroy let a four-stroke lead go up in smoke at the WGC – Cadillac Championship on the weekend.

The Northern Irishman – who has won at least one event every year since 2009 – is still searching for his first silverware of 2016. His final round of two over 74 was not enough to hold on to his lead and he would finish two strokes behind winner Adam Scott.

That round contained just one birdie and he parred all four par fives, which set McIlroy back.

"I felt like my game was okay for the most part, but I didn't take advantage of the holes I should have.

"I couldn't birdie any of the par-fives and that's really what killed me today. It's frustrating because it's two out of the last three weeks. I was leading the golf tournament with 16 holes to play in Riviera.

"I was leading the golf tournament here going into the back nine, and to not get the job done in either two of those instances is very frustrating."

Despite the missed opportunity, it's not as though McIlroy is playing poor golf. In his five events this year, he has finished in the top six on three occasions.

These results keep him motivated as he looks towards the Arnold Palmer Invitational at Bay Hill in Orlando on March 23 in preparation for the Masters in April.

"A lot of things didn't go right for me, but I need to just pick myself back up and get into contention again in Orlando in a couple weeks and let's see if I can get the win there," added the 26-year-old.

"I've got two events left to try to get that win before going to Augusta and I'm hopefully going to get it."