Rory McIlroy: I’m just trying to stay in the present 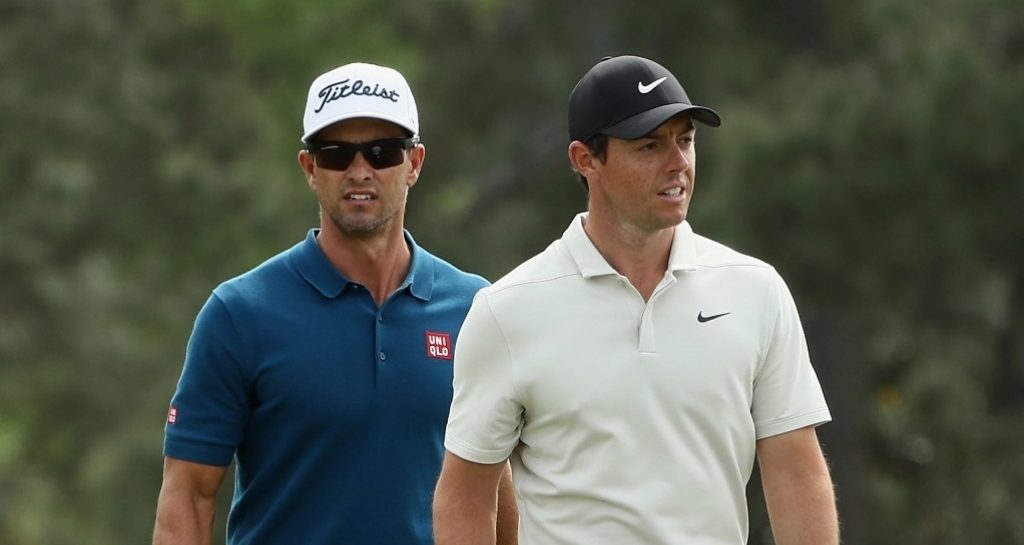 After two great rounds at Augusta, Rory McIlroy knows a career Grand Slam is within reach, but he can't allow himself to think about it.

The 28-year-old from Northern Ireland could join Jack Nicklaus, Tiger Woods, Ben Hogan, Gary Player and Gene Sarazen as the only players to have won all four majors during the course of their careers.

McIlroy has headed to Augusta no less than four times knowing he could join that elite list, however, and he's learned not to think in those terms.

"You know, I'm constantly having a conversation with myself about staying in the present and just one shot at a time – and all the cliche stuff that you hear about," McIlroy said.

"But it's true. That's all I'm doing. I'm trying to get up there and hit the best shot that I can and after that I'll go about what's the best way to hit the next shot and the putt."

Rory McIlroy is tied for fourth. Here are his results the previous four times he was inside the top-5 after the first round of a major: Win, Win, Win, Win.

On a difficult day for scoring due to challenging pin positions and swirling winds, McIlroy shot a solid one-under-par 71 for a four-under-par total at the halfway mark.

That was right near the top of the leaderboard – albeit five shots behind leader Patrick Reed after his incredible 66.

There's plenty more golf to be played, however, and McIlroy knows only too well how quickly things can change at Augusta. Back in 2011, he started the final round with a four-shot lead, and ended it in 15th place after a disastrous 80.

Rory McIlroy is T3 after his second round.

McIlroy has learned from that experience, and knows that patience will be key in the days to come.

"I don't have to go out there and make a birdie on every hole, especially not on this golf course," he said. "In these conditions, pars are OK.

"Golf is a game of making your misses not that bad and taking advantage of your good shots. So far this week, I've been able to do that."