McIlroy: I named my first dog after Els 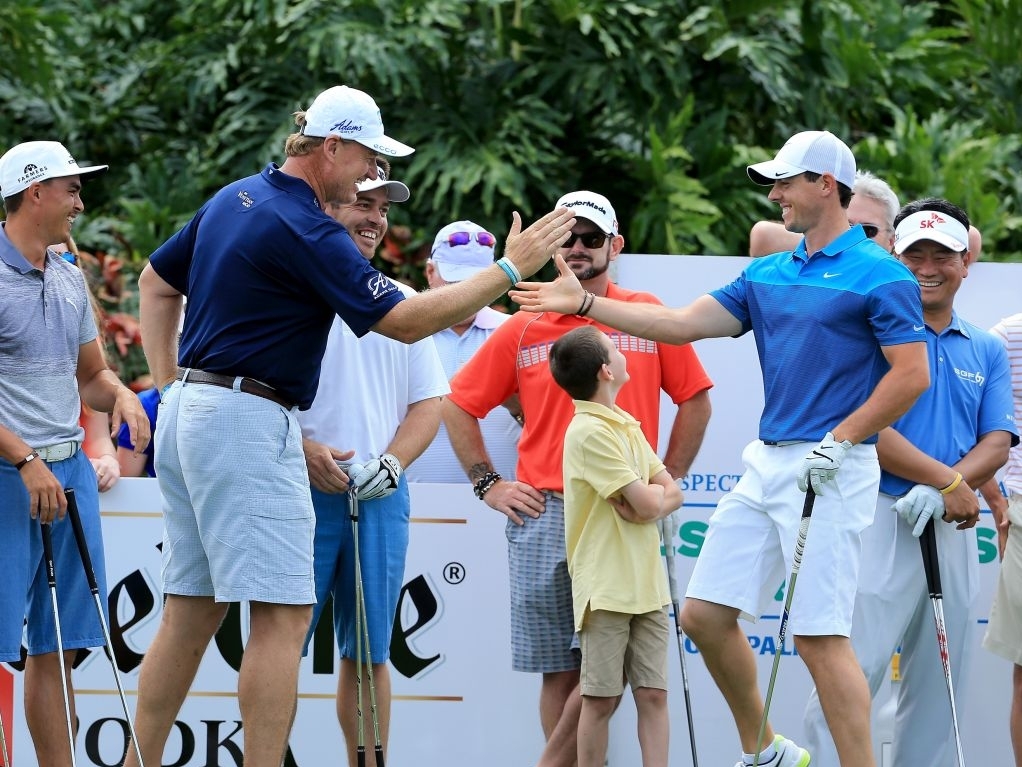 Rory McIlroy has revealed that he is such a big fan of Ernie Els that he named his first dog after the South African golfing legend.

The Northern Irishman is a massive admirer of the four-time major winner and has been able to get to know the 47-year-old personally over the last couple of years.

McIlroy even admitted to naming his first dog after Els, whose full name is Theodore Ernest Els.

"I first played with Ernie at the Singapore Open in 2008 and my caddie JP caddied for Ernie before me so we have always had a decent relationship," McIlroy said.

"Ernie was the first big, big name I had played with as a pro. I was nervous but I remember teeing off the tenth tee and I hit three wood past his driver and I thought ‘this is alright!’.

"I always remember that and also the fact that Ernie lost to Jeev (Milkha Singh) in a play-off that week and we were part of the same management company so we went out that night for dinner and a few drinks and had a great time.

"That was the beginning of the relationship and it’s kind of continued from there. I have always been a huge fan of his game but I am a bigger fan of the man and to have been able to get to know him and Liezl and the kids over the past few years in Florida has been great.

"Anything I can do to help Ernie I always will. I actually named my first dog after Ernie – I called him Theo. It’s been a good relationship."