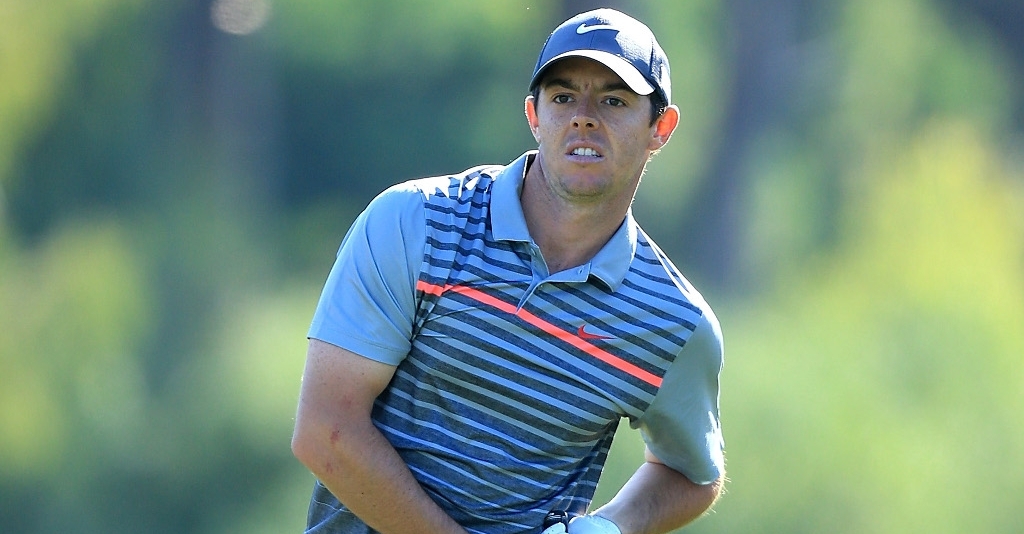 Rory McIlroy says that he is feeling slightly better after being laid up with a bout of food poisoning ahead of the first round of the WGC–HSBC Champions tournament in Shanghai starting on Thursday.

The Race to Dubai leader is expected to join Rickie Fowler and Dustin Johnson in the first two rounds at the Sheshan International Golf Club.

On Tuesday, the world number three had to pull out of a photo shoot and on Wednesday morning he was unable to play in the pre-tournament Pro-Am after suffering from abdominal pains.

In an Interview with the European Tour site, McIlroy said that he was not feeling great but was hopeful that he would recover in time to play in his attempt to win a third Race to Dubai crown in four years.

"I'm not feeling great to be honest," he said. "I had something (to eat) a couple of nights ago and yesterday wasn't good at all.

"I thought I would be better this morning, but I had a piece of toast and a couple of bits of melon for breakfast and I came here and tried to hit some balls, but even just making a couple of swings my stomach was too sore. So I just need another day of rest and hopefully I will be better tomorrow and I can play.

"I was up from about 1am to 4am last night. The night before it didn't start until about 4 am, so it hasn't been great. I've seen the doctor who has given me some antibiotics and something for the abdominal pain, plus some painkillers. I'll be loaded up, so hopefully I will be OK.

"I was thinking of trying to play nine holes, but that would probably do me more harm than good. It would be nice to see the golf course before tomorrow, but I've played it a few times. I didn't play last year, but I know the place well and [my caddie] JP has been out there, so it is better that I rest and get my energy up for tomorrow."

The Northern Irishman has a good record in the WGC-HSBC Champions with four top-six finishes in four outings at the event.

"I've done well here every time I have played here," he said. "I've not finished outside the top six, so it has been a really, really good tournament for me. I've not won it, but I've been close. Hopefully, if I can get through the first couple of days and play OK, I'll be feeling a lot better at the weekend and I can make a run at it.

"I played well in Turkey and I felt like my game was in good shape. I was a little bit disappointed with how I played on Sunday – I didn't really capitalise on any of the chances I gave myself and started hitting my iron shots left, which cost me.

"It was nice to feel in contention again and to feel that buzz and adrenaline of being in contention for a tournament. Hopefully, I can get myself in that position again this week, but most importantly I need to get healthy first and if I can do that then concentrate on the golf."