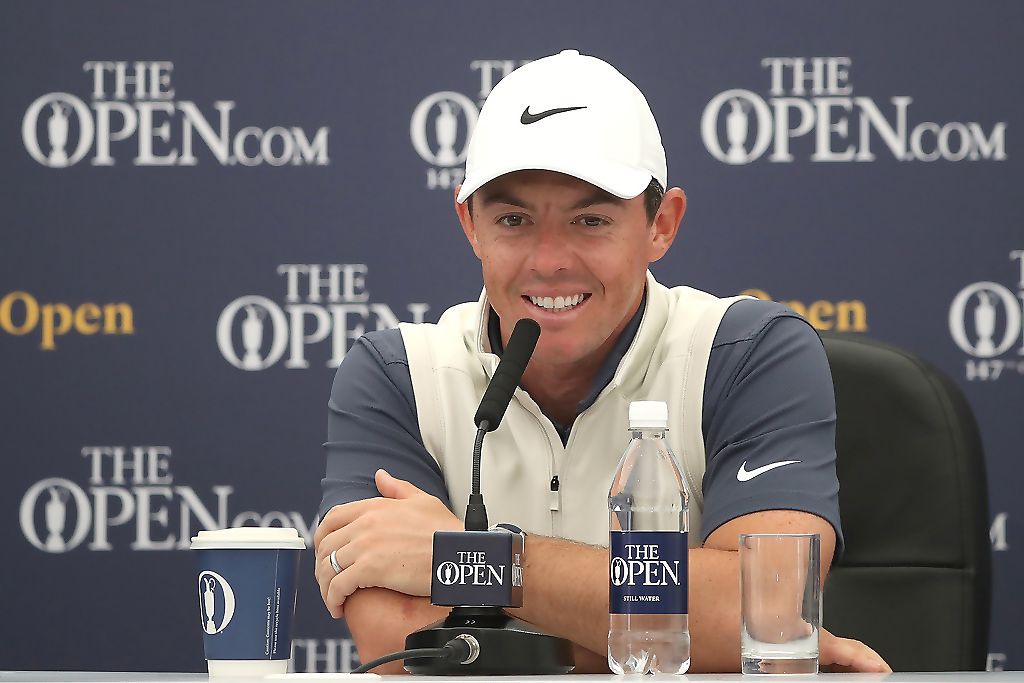 Rory McIlroy is hoping to break his ‘Major drought’ at this weekend’s British Open and return to next year’s Open tournament, at his home course, Royal Portrush, as the defending champion.

The last Major the 29-year-old McIlroy won was the 2014 PGA Championship, to take his tally to four majors – but since then a fifth has eluded him.

Over the last two years at The Open, McIlroy has had two top-five finishes, having won at Hoylake in 2014.

The Northern Irishman can draw on fond memories of Carnoustie in 2007, when as an amateur, he shot 1 on the final day, 5 for the tournament, to finish tied 42nd and win the silver medal for the top amateur in his first Open.

Speaking to reporters at the Carnoustie press conference, McIlroy said: “Obviously, I’ve had a decent career up until this point, and I’ve got a lot of time left to add to my major tally. It’s hard to win any week on Tour, let alone the four big ones that we get a year.

“And if I were to head to Portrush with a Claret Jug in my possession, I’d obviously be very happy and be very proud to be the defending champion at a golf course that I know very well and playing in front of home fans. If it all worked out like that this week, I’d be one very happy man heading out of here.”

McIlroy added that he was happy to be back at Carnoustie for this year’s event where he had fond memories of his first Open.

“I have lots of great memories, it’s great to be back and it doesn’t seem like 11 years ago that The Open was here last. Hopefully, I can create some more good memories this week.

“I obviously remember that week very fondly for different reasons. I hadn’t even turned pro yet and didn’t know what to expect or the journey that I was about to embark on.

“So to be back and be in a different position, it feels good, and to be talked about as one of the guys that could win, and to already have a Claret Jug is very nice, but obviously I want to add to my collection.”