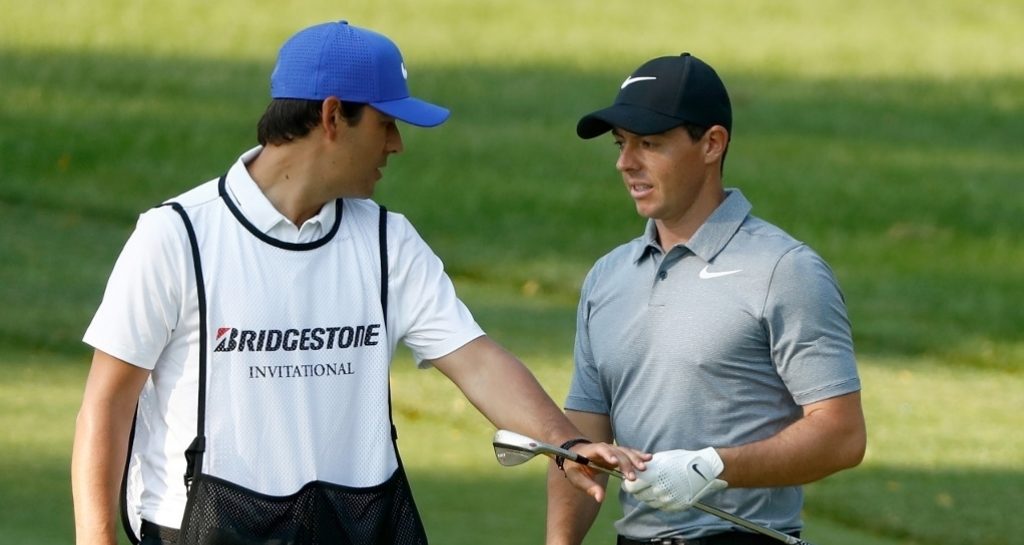 Rory McIlroy and bagman Harry Diamond paired up for their first tournament together at the WGC Bridgestone Invitational last week, and he was suitably impressed.

The Northern Irishman recently ended his nine-year partnership with JP Fitzgerald and early indications are that he is happy with Diamond, who was also his best man at his wedding earlier this year.

“Harry was good, and he encouraged me when I needed it,” the 28-year-old told Sky Sports.

“We both did yardages and we didn’t really make any mistakes out there. He did what was expected of him, so I guess you can’t not give him an A.”

McIlroy now looks towards this week’s PGA Championship, which is being hosted at Quail Hollow, a course where he has won twice before.

The four-time major winner added that he believes his game is heading in the right direction and is placed well for the final major of the year.

“I thought I saw some improvements in my game from when I got here on Wednesday,” continued the world number four.

“I thought my wedge play got a little bit better as the week went on, and I putted pretty well. Even when I missed putts out there, they were scaring the hole, so that was good.

“I drove the ball well, so everything that I need to do next week, I’m pretty comfortable with. I’m just excited to get there and have a good look at some of the changes and get myself prepared for next Thursday.”