McIlroy gets in early Augusta practice 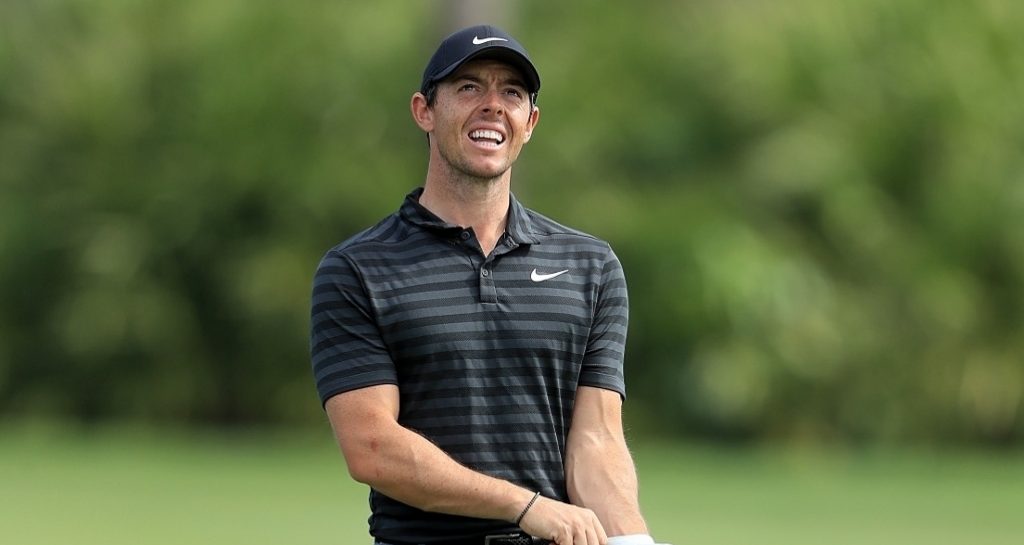 Rory McIlroy has revealed he was able to get in some valuable practice time at Augusta National last week ahead of the Masters.

Rather than taking part in the WGC event in Mexico last week – or putting his feet up – the Northern Irishman travelled to Augusta to get in some early preparation for the first major of the year.

The Masters is the only major title missing on McIlroy's CV, and winning it would earn him the career Grand Slam.

McIlroy's form has been somewhat suspect of late, and he will hardly be the favourite at Augusta next month, but he insists he is totally ready for the challenge, having ironed out some flaws in his swing.

"It's been nice to have a week off and wind up at Augusta for a couple days and had a good time up there," said McIlroy, who is now in Florida for this week’s Valspar Championship. "I actually played quite a bit of golf last week. It was my week off but I got a bit of practice, played a lot of golf and I'm a little more refreshed than the first three weeks of the year.

Enjoying my first visit to @Innisbrook and so impressed with the course. Thanks @ValsparChamp for looking after us so well. ⛳️🎨🖌 pic.twitter.com/8dQPdhuYd5

"Conditions were good, and I feel like every week they ramp it up. The golf course is in great shape, they could have had the tournament in a couple of days' time. When we go up there at this time of the year it's a little softer, little slower, and doesn't really play like it does in the tournament but it's still nice to go up there and play. We played it a lot.

"It's good to re-familiarise yourself with it, and it was a nice trip. I'm totally ready. I'd be happy to go to Augusta tomorrow and play and feel like I have a good chance."

McIlroy isn't the only golfer chasing a career Grand Slam this year – a resurgent Phil Mickelson could do the same at the US Open, while Jordan Spieth needs to win the PGA Championship.

Asked about the chance of beating Mickelson and Spieth to the feat, McIlroy added: "I've got the first chance. It's not that you're thinking about it all the time but there's three guys that have the chance to do it this year. I just want to win the tournament, not ahead of those guys or whatever, just the opportunity. It's bragging rights.

"Golf is really healthy at this point with the three of us looking for the Slam, Tiger coming back, Justin Thomas playing so well, DJ being the No 1 player in the world, Jon Rahm… It's good, and I'm glad to be in the conversation.

"But I'm really just trying to prepare for each and every event and try to play that as well as I can and some guys have one eye on the golf tournament and one eye on a few weeks time. I can't do that. I have to be 100 per cent committed to what I'm playing right now.

"Right now my priority is the Valspar Championship, trying to win this tournament and trying to figure out a way to get myself around Innisbrook. That's really what I'm trying to do. I feel if I do that, if I play well, then it's more confidence and momentum that will help in a few weeks."