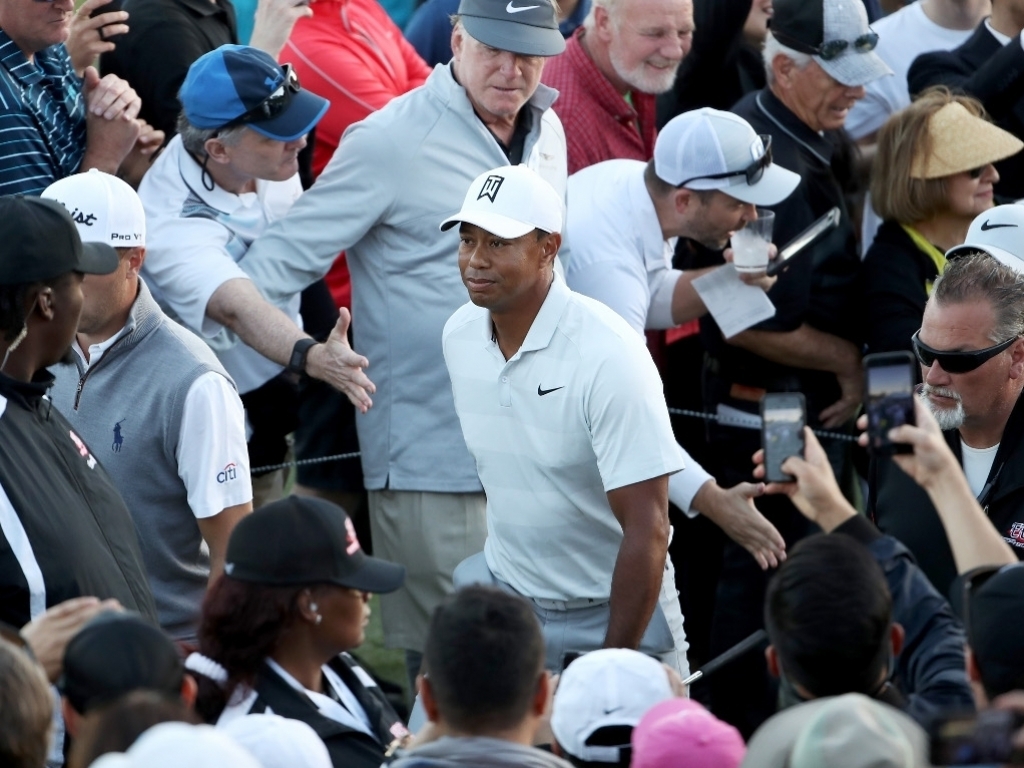 Tiger Woods is facing many challenges as he tries to make his comeback from injury, and Rory McIlroy reckons his fans are one of them.

After playing his opening two rounds alongside Woods at the recent Genesis Open, McIlroy had a blunt assessment of the media circus that accompanies Woods whenever he takes to the course.

“I swear, playing in front of all that, he gives up half a shot a day on the field,” McIlroy said. “Like, it’s two shots a tournament he has to give to the field because of all that that goes on around.

“So, whether that calms down the more he plays and it doesn’t become such a novelty that he’s back out playing again, because it’s tiring. I need a couple Advil just to… I’ve got a headache after all that.

“Just the whole thing. You’ve got a six-foot putt, ‘It doesn’t break as much as you think,’ just stuff like this that they don’t have to say.”

McIlroy may have a point. Consider this missed birdie putt at the Farmers Insurance Open:

But don’t take McIlroy’s word for it. Let’s hear from Woods himself.

“It’s cost me a lot of shots over the years,” he confirmed. “It’s cost me a few tournaments here and there. It’s been a lot because all it takes is one shot on a Thursday that you lose a tournament by a shot on Sunday. What people don’t realize, it’s not just something that happens on Sunday afternoon, this is cumulative and it’s par for the course. I’ve dealt with it for a very long time.”