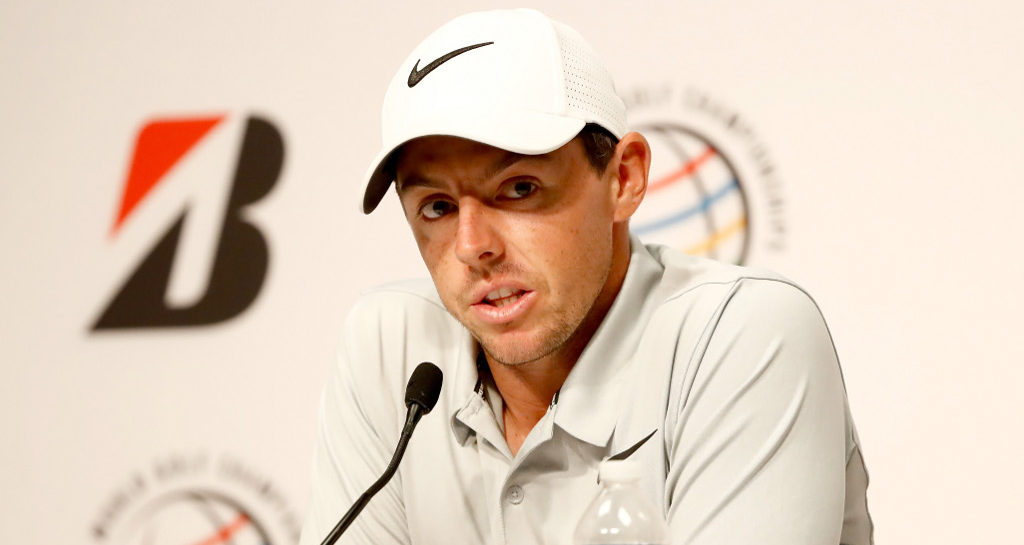 Rory McIlroy has finally opened up on his decision to part ways with longtime caddie JP Fitzgerald.

Earlier in the week, news broke that McIlroy and Fitzgerald had ended their 10-year partnership on the golf course.

Speaking at the press conference ahead of this week's WGC-Bridgestone Invitational, McIlroy said he made the tough decision in the interest of preserving a friendship that was starting to take serious strain.

"It's a big change," McIlroy said at Firestone Country Club in Akron on Wednesday.

"JP has been a huge part of my life for the last decade.

"We started in July 2008 and went all the way to July this year, a lot of great times on and off the golf course. I still consider JP one of my best friends but sometimes to preserve a personal relationship you might have to sacrifice a professional one and that was sort of the decision I came to in the end.

"I was getting very hard on him on the golf course and I didn't want to treat him like that.

"It was a really tough decision to make but I thought, 'I'm coming to Firestone, I have four tournament rounds to get to know someone or get used to having someone else on my bag going into the last major of the year'.

"I thank JP for everything. He knows how much I think of him, what we've achieved together but at the end of the day it was a change I needed to make because I got to the point where if I didn't play a good shot or made a wrong decision I was getting more frustrated at him than I was at myself.

"I'd much rather be angry at myself for making a wrong decision than being angry at him."

The site of his first World Golf Championship victory. pic.twitter.com/wir8PUreOK

McIlroy will have his best man at his wedding, Harry Diamond, carrying his bag in Akron this week, as well as at next week's PGA Championship.

Diamond is a former top amateur player, and obviously a good friend of McIlroy's, although it remains to be seen if their professional relationship will extend beyond the next two events.

McIlroy did not rule out getting back together with Fitzgerald at some point in the future either.

"I hate the term fired, or sacked or axed because that's definitely not what it was," the Northern Irishman added. "I just changed my path a little bit but maybe in the future that path might come back to where it was."