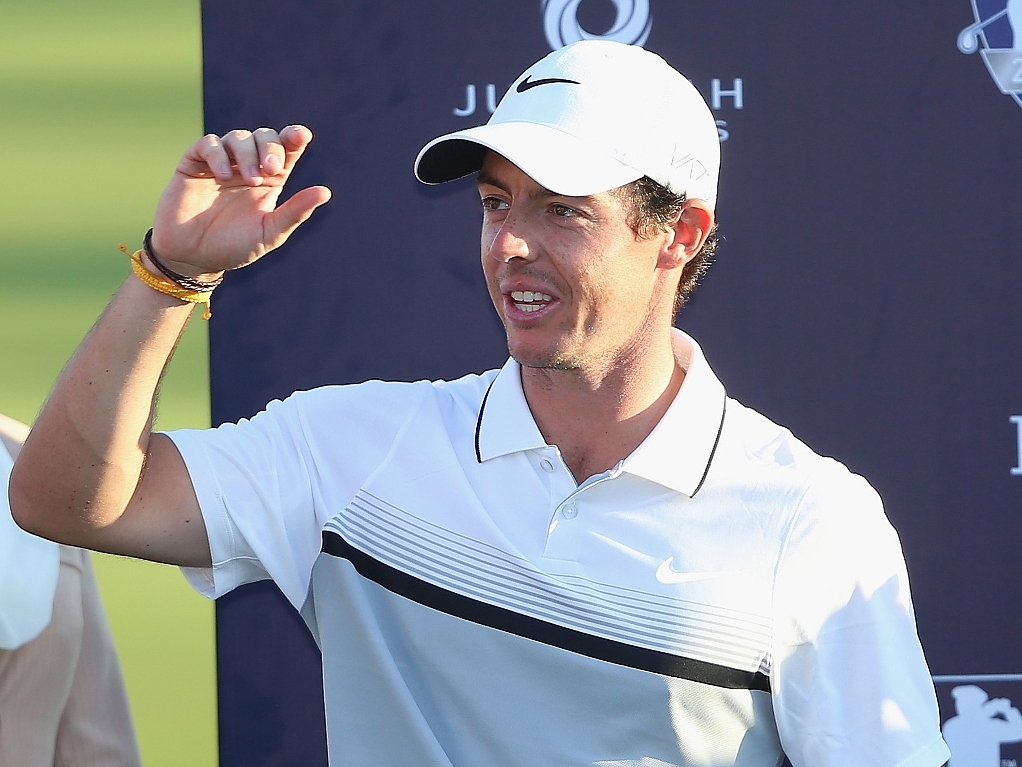 Rory McIlroy believes world number one Jordan Spieth will struggle to replicate his 2015 form next year.

The 22-year-old Spieth had a break-out year on the PGA Tour in 2015, winning back-to-back majors at the Masters and US Open and subsequently claimed the world number one ranking from McIlroy.

History, though, has not always been kind to players who won multiple majors in a calendar year – something McIlroy can attest to. In 2014, the Ulsterman had a double-major winning season of his own when he won the Open and PGA Championships, but a mid-season injury in 2015 meant the three-time major had a less impressive year and ultimately dropped down to third on the rankings.

In fact, Spieth's 2015 season was the 32nd time a player won two majors in a season and of the 31 other players to have managed the feat previously, only Tiger Woods in 2006 was able to repeat the feat the following year.

"It will feel completely different for Jordan," McIlroy said in an interview with The Telegraph.

"If you look at the stats at how those who have had a double-major season have performed the next year – well, it's hard to back up. It just is. There's so much expectation, so much attention and focus. And I think it is more self-inflicted pressure really as your expectations are so high.

"This time last year mine were through the roof coming off a great season, winning those back-to-back majors and although I started well I never felt I really got into my stride with the injuries and stuff."

"There have been times there where I've thought I've been playing well, but only making par and then you looked up and Jordan Spieth is 12-under for two days. I'm not saying I was undercooked this year, but I definitely won't be next year. I'm playing [the Northern Trust Open at] Riviera for the first time and with the WGC Matchplay moving dates, Augusta will be my eighth event."

Whilst McIlroy wasn't satisfied with how his 2015 season went, but after his victory at the season-ending DP World Tour Championship in Dubai, he feels he has regained his touch once more.

"It was the first time since the injury that I got a bit of speed back in my swing, I was hitting it long and I finally was playing how I wanted to play again. There'd been progress but it just sort of all came together in Dubai and it makes me excited about next year," he added.

"I want to get in a full rhythm where it doesn't feel like the start of the season, but feel like I'm 'played in'.