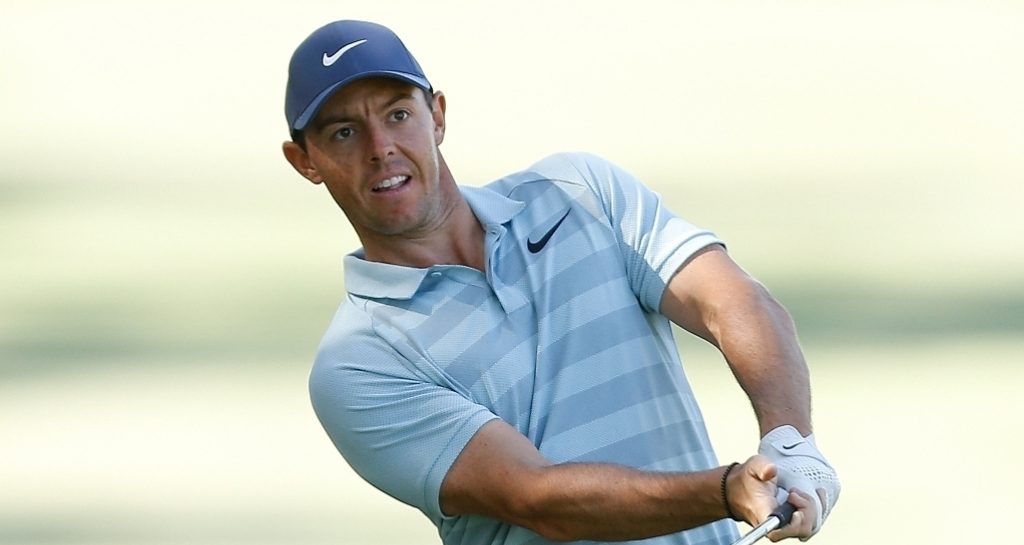 Rory McIlroy admitted to some problems with his iron game after missing the cut at the Valspar Championship, but remains confident he can turn his form around.

Yet again, the Northern Irishman was a non-factor on the PGA Tour this week, rounds of 74 and 73 giving him the weekend off in Florida.

It's been a familiar story for McIlroy of late, particularly stateside, but he is adamant that the work he's putting in on the practice range will soon pay off on the course.

And he'll have plenty more chances to show that in the coming weeks. McIlroy is penciled in for next week's Arnold Palmer Invitational, with the Masters looming ever larger in frame.

"My Iron play, timing, it's just missing," said McIlroy, who mixed five bogeys with just two birdies on Friday. "I birdied 14 to get back to four over and needed to birdie one of the last four to make the cut, and then I hit an eight-iron that was 25 yards right of the target.

"I just really need to work on a few things just sort of syncing everything up again, that's the real big thing. It's hard because when I play on my weeks off, or practice, it feels pretty good. When I get out on to the course it isn't quite the same. I'm just trying to match everything up.

"It was a tough two days. Tough conditions yesterday, but it didn't play that difficult this afternoon. I actually hit some better shots coming in which was encouraging, if nothing else, trying to cling on to something here. But I've got a few days to work on my game before going up to Bay Hill and playing there."

Asked if he was concerned about his form after his second missed cut of the season, McIlroy said: "No. I mean, it's early in the season, it's a long year and I've shown signs of good play this year already.

"I just need to see a couple of good scores and I think that will maybe give me a little boost going forward. So it's nice that I'm playing again next week and have a chance to try and do that."