McIlroy beaming after ‘perfect round’ 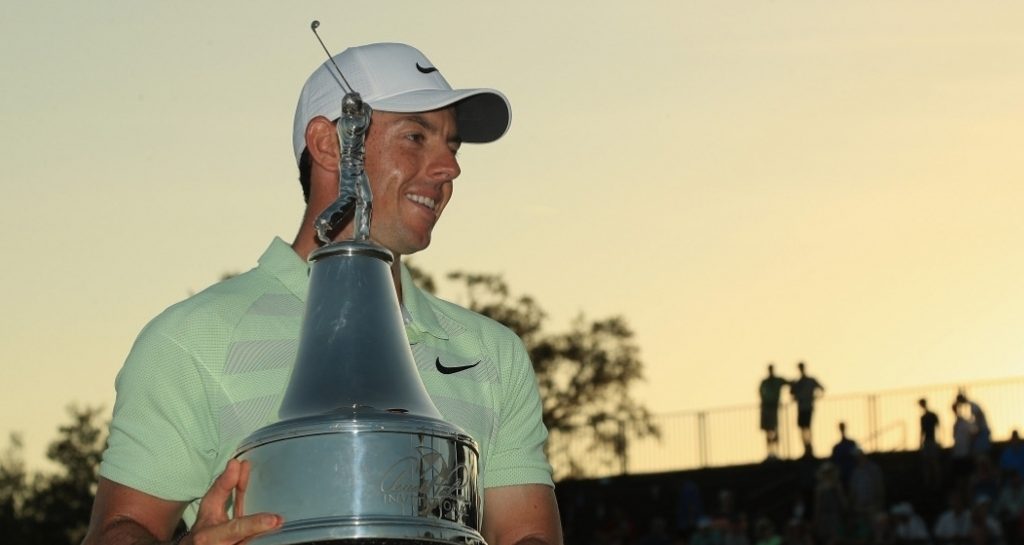 Even Rory McIlroy had to admit his performance at the Arnold Palmer Invitational on Sunday was pretty much perfect.

The Northern Irishman returned to the winner's circle courtesy of a scintillating eight-under-par 64 that included five birdies in the final six holes.

McIlroy took the tournament by the scruff of the neck and never let go, producing a masterclass putting performance to leave his rivals trailing in his wake.

The best shots from @McIlroyRory's victorious final round at Bay Hill.

"It was awesome to feel the buzz of being somewhere around the lead going into the back nine and reeling off those four birdies in a row," he told Sky Sports. "I played a perfect round of golf.

"I've missed it, I really have missed it, and to play the sort of golf that I played today under that pressure, I'm really proud of myself and just so happy to win."

McIlroy's last worldwide victory came on the day Arnold Palmer passed away aged 87, and he was delighted to triumph in the event previously hosted by the seven-time major champion.

"It's ironic to think that the last time I won was when Arnie passed away," McIlroy added. "To be able to create my own little piece of history on the 18th green here was pretty special.

"I'm just so happy to be back in the winner's circle again and win a tournament that has Arnold Palmer's name on it, someone that means so much to us in the game of golf."

The victory couldn't have come at a better time for McIlroy, either, with only two weeks to go until the start of the Masters.

He'll be absolutely brimming with confidence now as he heads off to Augusta – the only missing major championship on his CV.