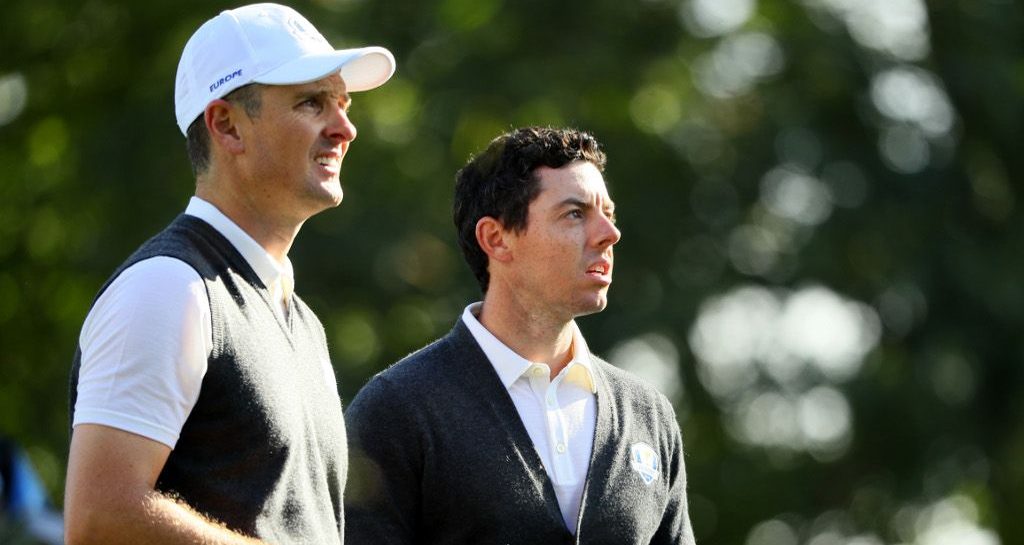 But opting for a wealth of experience when the side already boasts five rookies among the eight automatic qualifiers makes sense to Europe’s star pair – even if it means players like Matt Wallace and Rafa Cabrera Bello miss out.

“I feel with the five rookies we have, experience will be a big thing, especially at home,” said McIlroy. “I think the three, Paul, Ian and Henrik, they were certain and then it was just between Sergio, Rafa, maybe Matt Fitzpatrick, a couple of those guys.

“But at the end I think with Sergio’s record in the Ryder Cup, and I think the intangibles as well, the things people don’t see what he brings to the team room.

“He’s made my experiences at Ryder Cups better, he’s been a great partner for me and he’s been great in the team room. Obviously his record speaks for itself, but it’s the stuff people don’t see that is basically what got him this wildcard pick.”

Rose echoes McIlroy’s statements, adding: “Sergio has tons of experience in the Ryder Cup, and Thomas is banking that he’s going to bring that enthusiasm that he often does to the Ryder Cup and it’s all about winning points.

Thoughts from the Captain 💬#TeamEurope pic.twitter.com/tXvw7GVzLW

“Many players deserve a spot in the Ryder Cup team, but no one is here to do anybody favours, either. It’s about how can you assemble 12 guys to put points on the board when it counts on Friday, Saturday, Sunday in a Ryder Cup and Thomas obviously felt Sergio was more likely to deliver a point when needed.

“Matt Wallace became part of the conversation and every credit to him. He’s kind of new on the scene so that would have been an interesting introduction to the team, but I think he just got to keep doing what he’s doing and there will be many Ryder Cups in his future.

“I also feel a bit sorry for Rafa. He fought hard the last few weeks, and the Ryder Cup is a big deal to him. He’s a great competitor and obviously he’s a good friend of Sergio’s, so it’s bittersweet for him.”