McIlroy and new caddie off to strong start 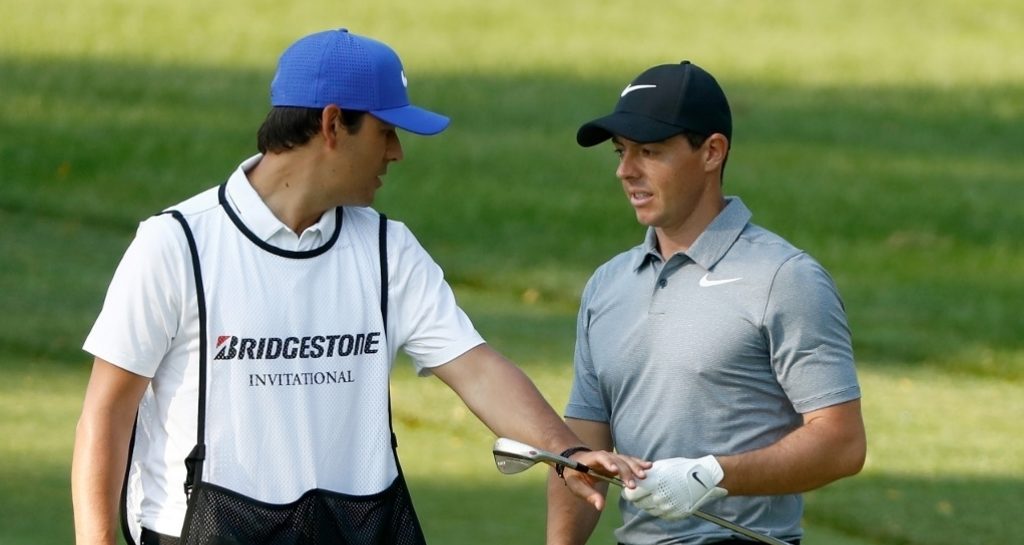 Rory McIlroy's new life without longtime caddie JP Fitzgerald started on a positive note at the WGC-Bridgestone Invitational on Thursday.

Playing alongside Open champion Jordan Spieth and Jason Day, McIlroy mixed five birdies with two bogeys at Firestone Country Club to move into an early tie for third alongside Spieth, Jon Rahm, Bubba Watson and others.

His round did finish somewhat disappointingly with a three-putt on the ninth, but it was still a very satisfying return.

Fans just got an up close look at @McIlroyRory's short game.

Just one shot back. pic.twitter.com/cIjJKJZU7N

"It was good," said McIlroy.

"I'm taking a little bit more responsibility on myself and there were a couple of times where I probably should have hit another club, but that's on me, not anyone else.

"I'd much rather be frustrated at my own decision than someone else's. It's great to have my best mate on the bag and we're just having a good time.

"It was strange the first couple of holes. It's different but I stuck to it today, I played pretty well. I guess it's the start of the next chapter in my career and we'll go from here."

While McIlroy admitted he was still struggling with his wedges, he was pleased with his performance on the greens, that final three-putt aside.

"It felt good at the Open and I've been working hard on it, trying to blend the technical stuff with a little bit of feel as well and I feel like it's coming together.

"I didn't feel like I had my best stuff at Birkdale but I was able to finish decent. I really feel like I tuned a corner at Birkdale and it's nice to open with a good round here."