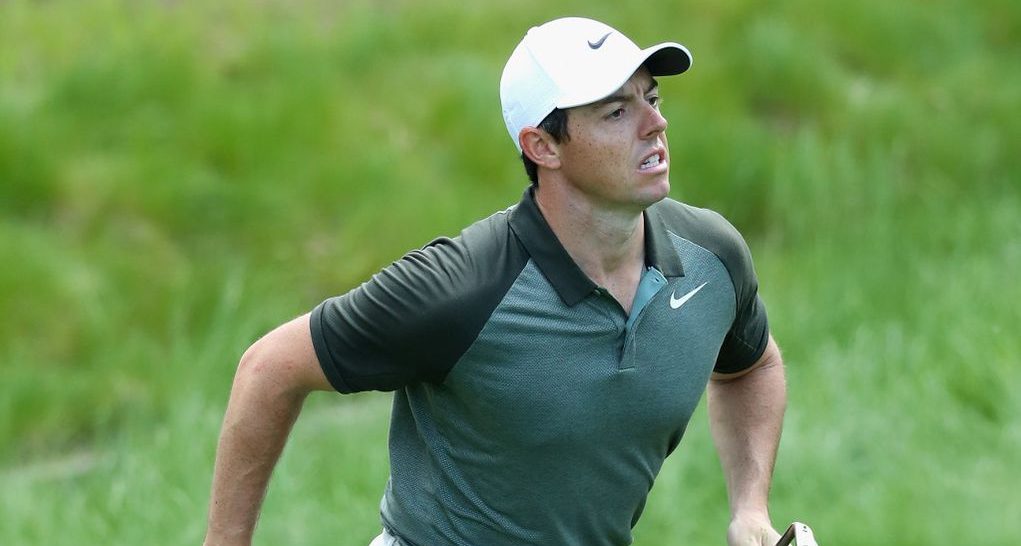 The final round of this year’s BMW PGA Championship looks set to be a straight shootout between Rory McIlroy and Francesco Molinari for the title.

Molinari made a big move in Saturday’s third round despite the windy conditions, while McIlroy rallied nicely after a poor start, as both men finished the day tied for the lead on 13 under par.

With as many as four strokes separating McIlroy and Molinari from their closest challengers, tomorrow’s champion is likely – albeit not certain – to come from the final group.

McIlroy started the day with a three-shot lead but it was swiftly erased after the Northern Irishman followed up a bogey at the third with a double-bogey at the sixth after finding the trees off the tee.

McIlroy was able to overcome his early nerves, however, bouncing back with a birdie at seven before making another gain at the par-5 12th.

That set the stage for a superb birdie-birdie finish to his round, which allowed him to catch up with a charging Molinari, who had managed to pass McIlroy and take the lead after a flurry of birdies on the back nine.

After birdying the eighth and ninth, Molinari added four more during a six-hole stretch from the 12th to sign for a superb six-under-par 66.

That looked set to be good enough for the sole lead overnight before McIlroy’s late gains saw him salvage a one-under-par 71 and tie Molinari at the top.

“I scrambled well for the most part. I was four under for the last 12 holes in this wind, which was pretty good, but it wasn’t the calibre of golf that I played yesterday. I need to start hitting more quality shots and put the ball in play and if I can do that then tomorrow is a big day.

“Francesco obviously played a good round today and a few guys played a good round. We have a little bit of a cushion compared to the rest and it’s not quite a two-horse race but I think if we both get off to good starts tomorrow, it could turn into that.”

Sunday’s final round might not be just a two-horse race, however. Lying in a tie for third, four shots back, are Ross Fisher, Branden Grace, Alex Norean and Sam Horsfield, all of whom could still have the final say if things go their way.

A shot further back are Mikko Korhonen, Kiradech Aphibarnrat, Sebastian Gros and Lee Westwood, who would be a very popular winner at Wentworth but has work to do five shots adrift.

Westwood shot another impressive 69 to find himself right near the top of the leaderboard.

Odds for the next tournament can be found with novoline.com.de.