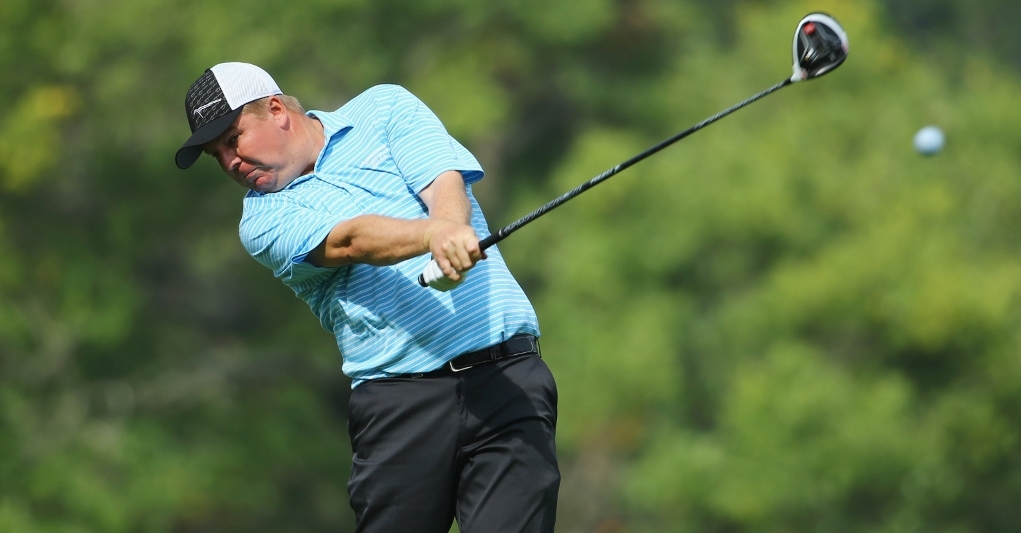 Ross McGowan rocketed into the Joburg Open lead after a superb nine-under-par 62 in Friday's second round.

The Englishman came storming home down the back nine of the West Course at Royal Johannesburg and Kensington Golf Club in 29 shots with two eagles and two birdies, and finished his morning’s work with his halfway total on 14-under, three clear of a pack of chasers.

Now it’s back to the East Course for the final two rounds after all completed a round on each of the two at Royal.

“I played well yesterday and I started well today opened up with two birdies, went a bit flat for a few holes and then obviously on the back nine, fireworks happened,” said McGowan.

And while talk of 59 is almost inevitably nothing but hype, but for a bogey on the eights and golf’s mythical barrier could have been under threat.

“I think I needed to be a few shots better on the front nine to even consider it,” said McGowan “but I’ve been close before in Madrid, shot 60, so you never know. I’ll try to get on the East Course tomorrow and go low again.”

Gathered on 11-under behind him was a group consisting of Chilean Felipe Aguilar, Anthony Wall of England, and South Africans Haydn Porteous and Jean Hugo.

Aguilar and Hugo each carded six-under-par 65 on the West Course, Porteous was five-under there, and Wall went five-under on the East Course.

“It was a very consistent round, I hit a lot of greens, even though I three-putted one, which was on a par-five which didn’t actually hurt, you couldn’t even tell it happened,” said Aguilar of his round, which was even more impressive since he competed in an iron man triathlon in his native Chile last week.

Porteous and Hugo are the two leading South Africans at the halfway mark and both are relishing the work to be done over the weekend.

“We’ve still got half a tournament to go,” said Porteous. “It’s going to be a good two days on the weekend and you know I’ve just got to go with the same approach I’ve had so far.”