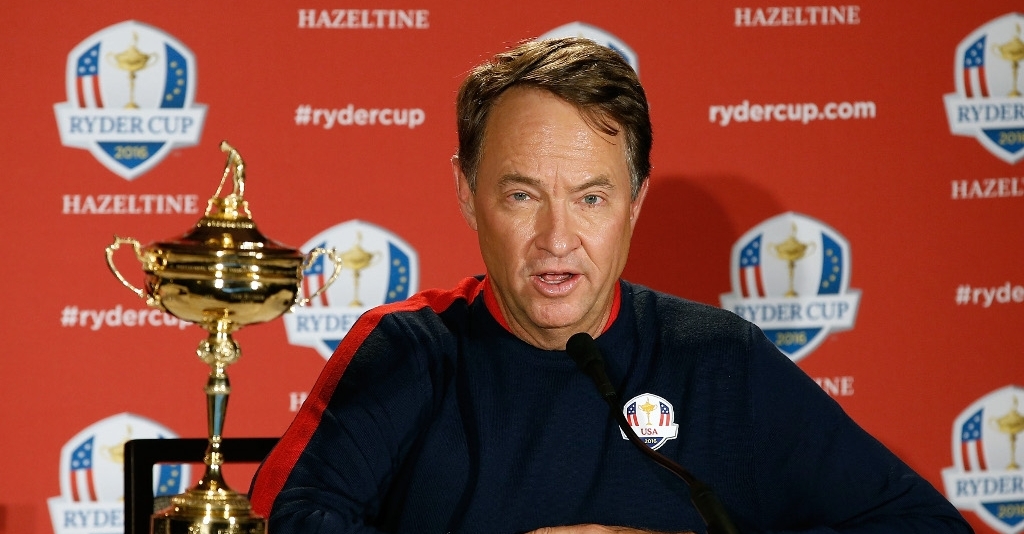 Love, the US Captain, has already confirmed three of his captain's picks –  Matt Kuchar, JB Holmes and Rickie Fowler – but is holding back on naming the fourth until the conclusion of the season and FedEx Cup-ending Tour Championship on Sunday.

Two-time Masters champion Bubba Watson, Justin Thomas and Daniel Berger are thought to be among the front runners for the final pick.

"This is an exciting time for the captains," McGinley told Sky Sports. "Their players are all in place apart from one wildcard still to be added to the American team, and this is when the communication with the vice-captains increases.

"There will also be discussions with the players over possible pairings and practice, getting the final preparations sorted, and strategy also.

"The Americans have changed their process for selecting wildcards this year, but I think the European format works just fine. If it isn't broken, don't fix it! We've won eight of the last 10 and we're obviously on a great run of form and success in Europe.

"Davis Love III chose Rickie Fowler, Matt Kuchar and JB Holmes as his first three wildcards, and he's still got a lot of high-quality players to choose from with his remaining pick. Those three are all solid choices, although many were caught by surprise when Bubba Watson wasn't among them.

"That leads me to think that Bubba needs a big performance in the Tour Championship this week to earn that final wildcard place. He's up against it, and if he doesn't play well in Atlanta then he's unlikely to be at Hazeltine.

"I'm a little surprised that they have left their final pick so late, and there's a lot of pressure on the players hoping to get the call from Davis Love. It will be interesting to see if he goes for experience, or whether he takes a chance on a younger player.

"Bubba and Jim Furyk fit the bill if he wants the experiences, but the indications are that Justin Thomas or Daniel Berger could be higher up the list. Much will depend on what happens this week, and whoever is chosen will go straight from Atlanta to Hazeltine.

"It will be a lot to take in for that last man, there's plenty to organise not just for them, but for their family and friends as well. They will need extra mental energy for the week ahead, and I'm finding it hard to see how they can justify making that last pick at the 11th hour. But I'm looking forward to seeing who that player is, and how he performs in the Ryder Cup."

Love delayed his final pick to account for the possibility that a player could get very hot and make a late case for his inclusion.

But McGinley feels European captain Darren Clarke may be better off having already finalised his team.

"Davis still has to focus on his final wildcard pick, and what to do if somebody comes out of nowhere to win the Tour Championship and the FedExCup. Davis still has so much on his plate, when all Darren is thinking about right now is strategy.

"He's thinking about his pairings, he's communicating with his players and his backroom team and he's quite clear in what he's doing in the build-up to next week. But there's a lot of work on the table for Davis before he can do that."