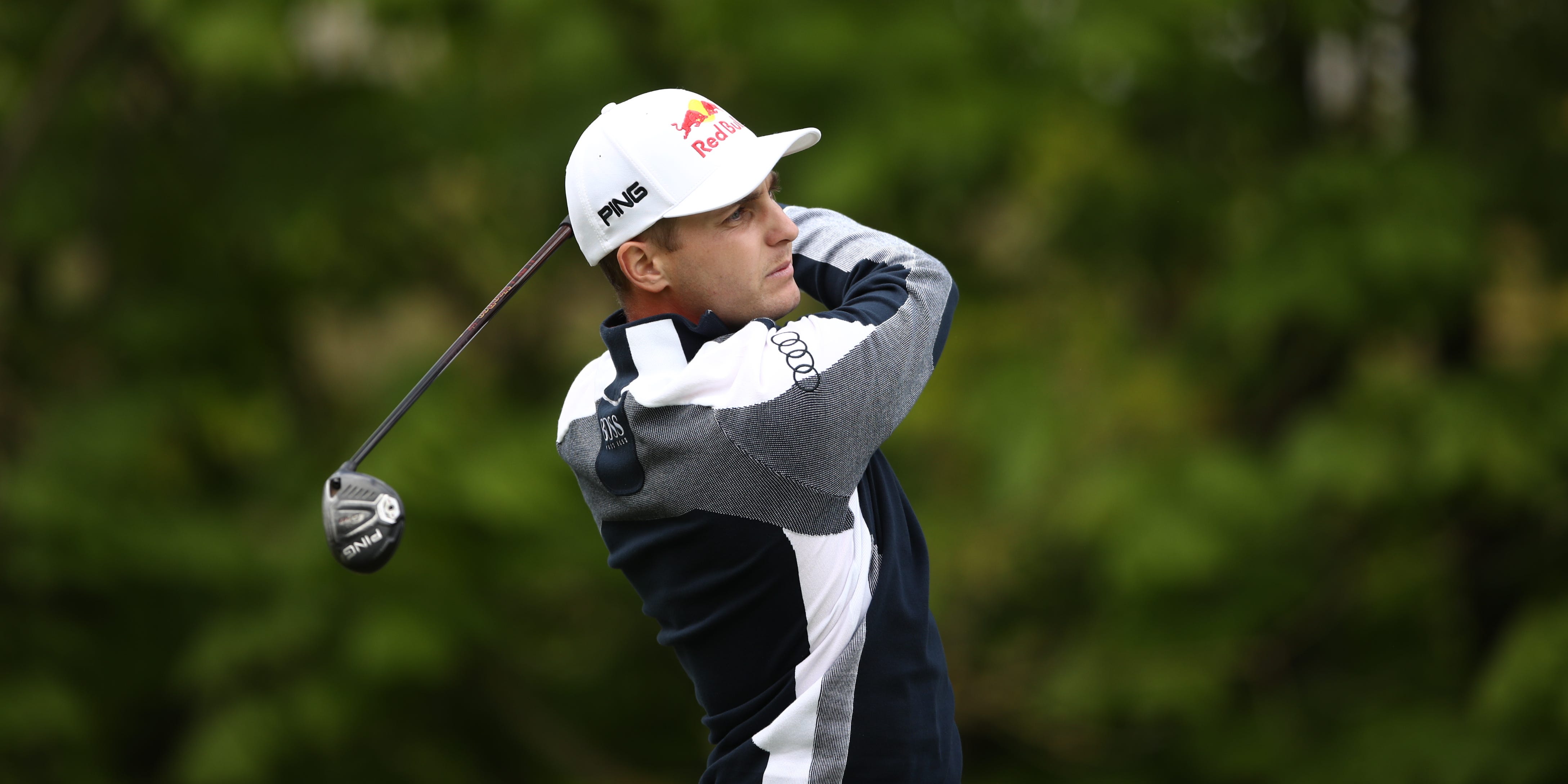 Austria’s Matthias Schwab insisted he had no complaints about missing out on a place in the year’s second major after topping the leaderboard following the opening day of the Betfred British Masters.

Schwab carded seven birdies and a single bogey in an opening six-under-par 66 to lead by one from Scotland’s Calum Hill, with tournament host Danny Willett on three under following a 69.

World number 45 Robert MacIntyre, the top ranked player in the field at The Belfry, was five shots off the lead following a 71, but playing partner and two-time major winner Martin Kaymer struggled to a 74.

MacIntyre and Kaymer will both travel to Kiawah Island for next week’s US PGA Championship, but Schwab is set to miss out due to the vagaries of the qualifying criteria.

The PGA of America usually invites all players ranked inside the world’s top 100, with more added if necessary to complete the field.

Twelve players outside the top 100 on May 9 were given invitations and 10 of those were ranked between 101 and 122, but world number 113 Schwab was overlooked.

“I have no idea where I am on the alternate list. They don’t really communicate anything,” Schwab told the PA news agency.

“But I should have played better the last few weeks and that would have taken care of it. If I get in by Friday or Saturday I would love to play in it, but I wouldn’t travel as an alternate.

“I’m focused on the European Tour and there’s no guarantee, even if you play, that you will earn ranking points.”

Hill, who is seeking a first European Tour title, has recorded three top-10 finishes this season and was 12th in the Canary Islands Open on Sunday after starting the final round in third place.

“I think the more you put yourself in that situation the more comfortable you get, and the better you will do when in those situations,” the 26-year-old said.

“It has been good to be in there a few times and hopefully I can continue to do it. You have to drive it quite well here, there are a lot of demanding tee shots and are a few bits that you can catch yourself out going to the greens, but it is a good test of golf.”

Willett was annoyed at three-putting the 17th for a par five but happy to record the same score on the 18th, the former Masters champion salvaging a bogey following a terrible tee shot into the water to the left of the fairway.

“Bad, just bad,” Willett said of his drive on the 18th. “Just didn’t commit to anything but at least hit a nice nine iron and nice putt to salvage a bogey in the end.

“I didn’t quite get the most out of the day, didn’t really hole any bonus putts. It was a real shame on 17 and if you could go back 25 minutes it would be nice.

“We’ve had a few long days and you feel a little bit tired but we’ve not done anything silly today and we’re now in a nice position to hopefully have three solid days and keep moving ever closer to the top of the leaderboard.”

MacIntyre took several weeks off after a successful spell in the United States, which included a tie for 12th on his Masters debut to secure a return to Augusta National next April.

“It was a bit of a struggle, I didn’t play great,” the left-hander admitted after a round containing two birdies and one bogey.

“I was a bit ring rusty so I’m delighted to walk off there one under par.

“I found in the States I couldn’t stop the ball on firm greens, so I’ve got a whole new set of irons in the bag this week and we’re seeing a big improvement in the dispersion of distance.”