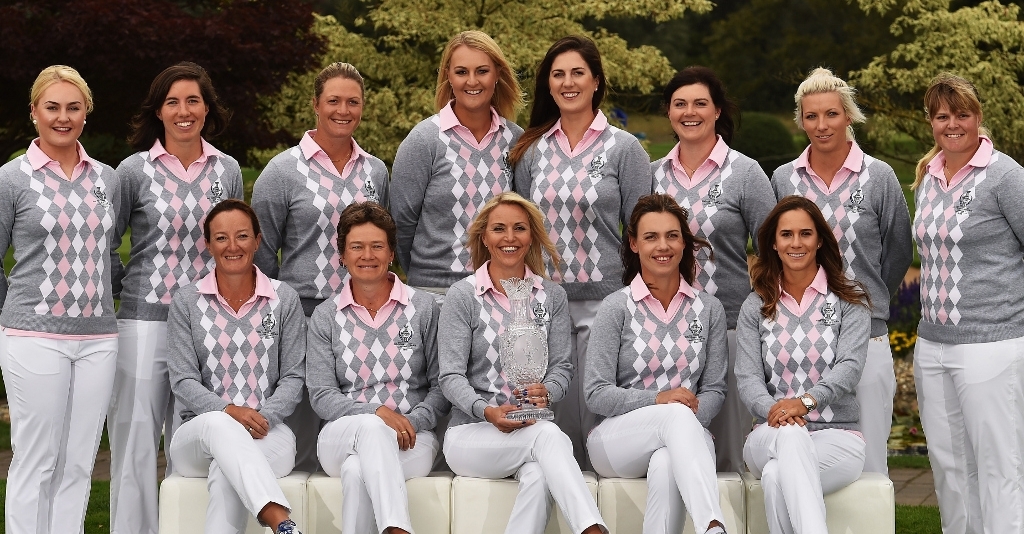 The Scot has featured on eight previous Solheim Cup teams, and will once again be called upon when the women's equivalent of the Ryder Cup starts on Friday in Germany.

Europe might be chasing a third consecutive win, but with 10 of America's 12 players in the world's top 40 – as opposed to only three from Europe – Matthew believes the US team should still be viewed as favourites.

"They are favourites. They pretty much every year go in as the bookmakers' favourites," said the 46-year-old.

"We just try to enjoy it. Obviously you enjoy it more if you win but we've been lucky in the last couple, we just need to go out there and give it our best."

"I wouldn't consider Europe underdogs. I don't think any team that hasn't held the trophy the last two times could be the favourites."

Counting in Europe's favour is that they can boast one of the most experienced teams ever. They don't have a single rookie in their team, and nine of their 12 players who won the Cup on American soil last time around are back for this year.

"I think that will definitely help us," European captain Carin Koch told BBC Sport. "They remember that great feeling of winning."

Koch was also quick to play down her side's chances, however, emphasising the pedigree of the US team.

"When you look at the rankings, the Americans have such a strong team. They're so much higher ranked than we are. It will be tough for us but we'll give them as good a match as we can."

The US team will be led by Juli Inkster, a seven-time major champion with a long and distinguished Solheim Cup record.

"Playing in a major is a lot of pressure but playing in the Solheim Cup, the level is raised," said Inkster.

"I want my players to have a good feeling about this week and whether we win or lose I want them to remember the ride."