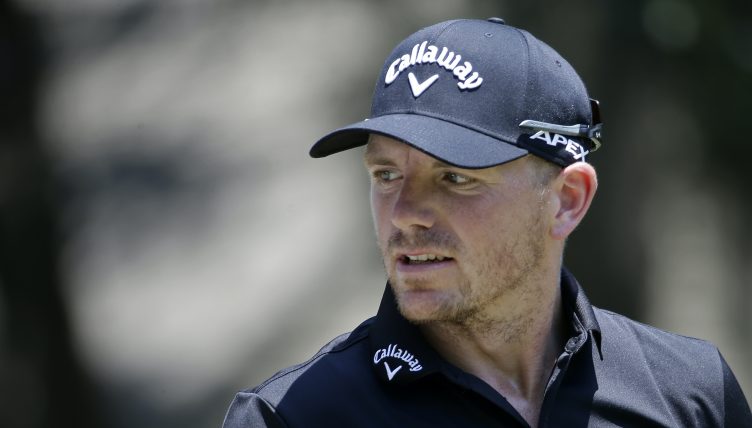 England’s Matt Wallace was on song with a six-under 66 to sit one stroke off the pace after the first round of the Detroit Golf Club’s Rocket Mortgage Classic.

The 30-year-old Wallace, ranked 49th in the world, recorded eight birdies to two bogeys to complete a strong round that put him in a group of seven players sharing fourth place.

The leaderboard was topped by an all-American trio of Scott Stallings, Kevin Kisner and Doc Redman, a 22-year-old from North Carolina who went from even par after 10 holes to finish with a 65 thanks to seven birdies in his last eight holes.

Wallace was incensed when forced to play his second round alone at last week’s Travelers Championship after playing partners Denny McCarthy and Bud Cauley withdrew due to the coronavirus. The Englishman shot a 72 and missed the cut.

On Thursday in Detroit he set out to make amends and began brilliantly with three birdies in his first five holes.

Wallace, who finished equal-third in last year’s PGA Championship at Bethpage Black, sank 10-foot birdie putts on the first and fifth holes, but dropped a shot at the sixth after finding a fairway bunker.

He recovered immediately with a birdie four at the seventh before his highlight of the day – a superb 40-foot putt for a birdie two at the ninth.

Wallace drained another long putt, from 22 feet, to go to five under at the 11th, and after missing from 13 feet to bogey the 12th, regained two shots with birdie fours at the 14th and 17th.

Redman’s day started in unspectacular fashion, with a single birdie alongside eight pars on the front nine, and things became even more mundane when be bogeyed the par four 10th.

But Redman then unleashed one of the strongest finishes seen on the tour in recent history, with three straight birdies including a 15-foot putt on the 12th.

A par on the par-five 14th was quickly rectified with birdies in his last four holes, including a superb finish with a 15-foot putt on 18.

“I’ve come off two good finishes and a really good finish last year at this event, which has never really happened to me,” Redman was quoted on the PGA Tour website as saying.

“So, I’ve never had this kind of expectation externally or even internally.”

World No 10 Bryson DeChambeau was among the group sharing fourth with Wallace, his day capped by a 33-foot putt for an eagle three at the 14th.

Luke Donald was four shots off the lead after a 69, while fellow Englishman Danny Willett and Ben Taylor had rounds of 71 and 72.