Matt Kuchar: Having my gran read my bad press was really tough 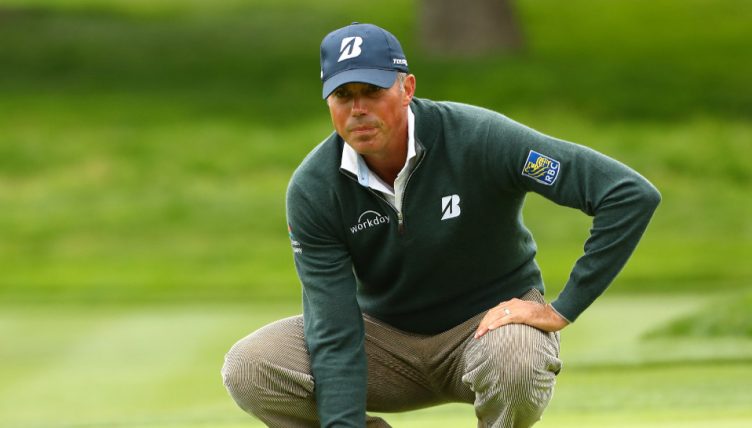 Matt Kuchar says having his family members read bad things about him in the press was a bitter pill to swallow.

The American was referring to the fallout from a series of controversies he found himself embroiled in over the last few months, which generated enough negative publicity to draw the attention of his family members – his beloved grandma included.

Kuchar’s fairly spotless reputation first took a hit when news broke that he had all but stiffed a Mexican caddie following his victory at the Mayakoba Golf Classic.

Then there was the controversy involving Sergio Garcia, where Kuchar essentially claimed a hole at the World Match Play after the Spaniard picked up an 18-inch putt believing it to be within gimme range.

Then there was a bizarre incident at the Memorial where Kuchar refused to accept the ruling of an official, demanding a second opinion from another official who was never going to disagree with the first.

That’s a whole lot of negative press for a player who had never experienced much of it in the past, and Kuchar revealed ahead of this week’s Scottish Open that it was particularly tough to see his reputation take a knock in full view of his family.

“I don’t do social media, so that helped to not see much. However, the things my grandmother was hearing and talking to me about was really tough,” Kuchar said.

“I’ve kind of always been that kid who had made my parents and grandparents proud and to see them hear some of the things said about me was a position I never wanted to put them in, and that was very, very difficult.”

Kuchar admits he learned some valuable lessons in the progress, and revealed that he was able to lean on Phil Mickelson for some support.

“Phil Mickelson has pulled me aside a couple times, though, and he’s been one that says, `Listen, this is a tough deal, I’ve been through way worse. It will pass. You keep being the guy you are and this will go away.’”