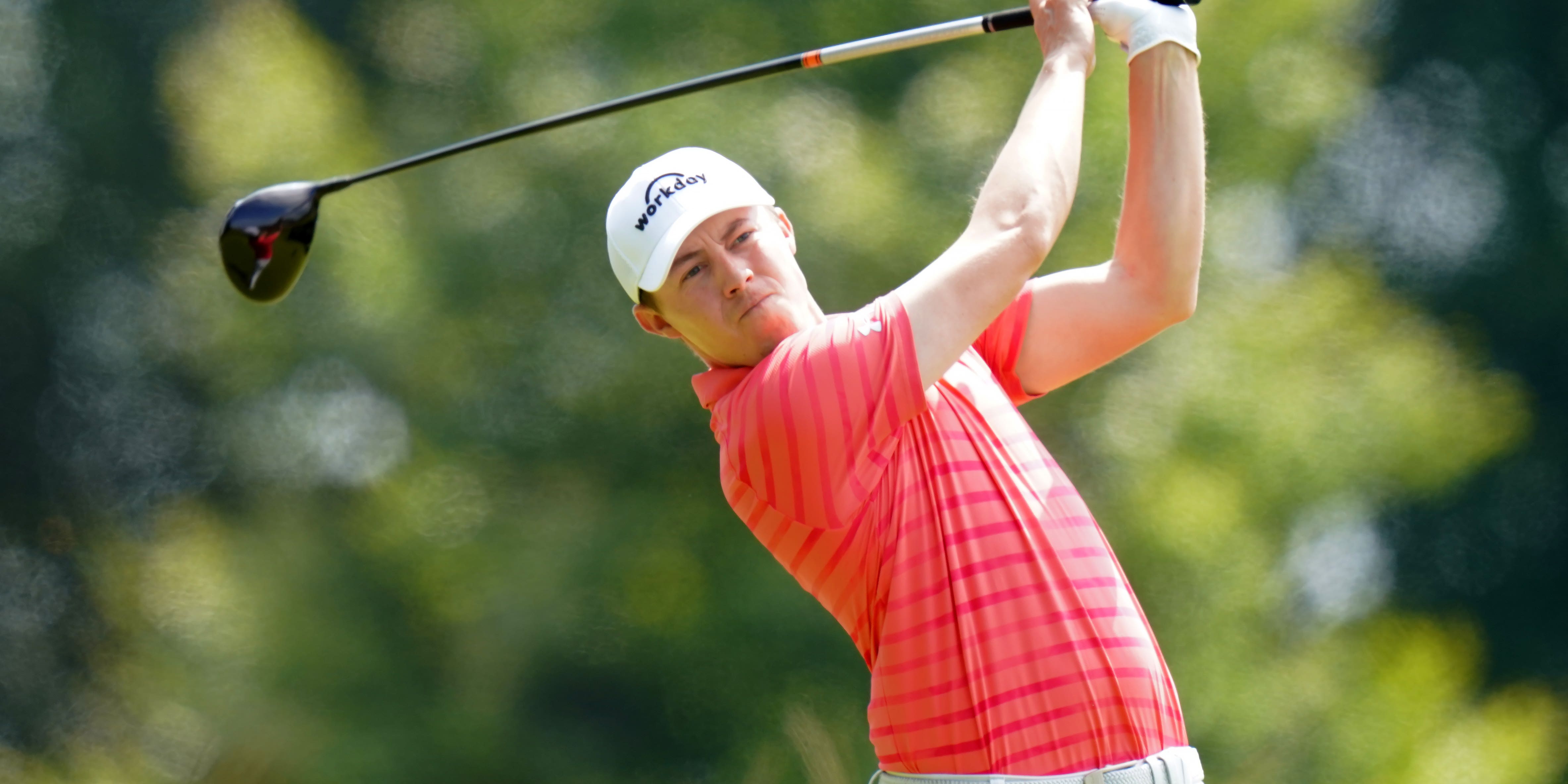 Matt Fitzpatrick will make a last-minute dash to Wembley for England’s Euro 2020 final with Italy – and has every chance of doing so as the abrdn Scottish Open champion.

Fitzpatrick carded a third round of 67 at the Renaissance Club to share the lead with Belgium’s Thomas Detry on 14 under par, although US Open champion and world number one Jon Rahm was ominously poised a shot behind.

Australia’s Lucas Herbert, who won the Irish Open last week, was two shots off the pace following an eagle, birdie, birdie finish to his 64, but Lee Westwood fell four strokes back after two double bogeys in the space of three holes.

Fitzpatrick had passed it off as a joke on Friday when he said he had not wanted to play so well in order to get an early tee time on Sunday, but admitted: “I’m going regardless.

“I’m just going to try. Even if just for the second half, I’ll get in. My mates will be there. My brother and three of my pals and I’ll just join up with them. I’m going to go on a plane, then a car and it’ll drop me off.

“It’s quite funny because once it happened on Wednesday (the semi-final win over Denmark), I was just telling the lads ‘I have to try and go.’ I don’t care how, I’ll just get there and, hopefully, the tee-times work out.

“I literally could not have put myself in a worse position. I know I’m going to switch my phone on and I’m going to see a million texts from my mates.

“The funny thing is that, deep down, I just knew it was going to happen. But it does show me that, in a way, you have to go out there and not care. Every time something hasn’t gone my way I’m genuinely thinking ‘Oh well, I’ve got more chance of getting there’.

“I think it just shows that, in my personal attitude, I have to be more like that, really.”

Rahm shared the halfway lead with Detry and Jack Senior, but three-putted the first and third to fall four shots off the pace before recovering superbly with five birdies in the space of eight holes from the sixth.

The 26-year-old Spaniard then missed from a matter of inches on the par-five 16th and conceded: “It was not my day on the greens. Ball-striking was great but I left three or four shots out there and some of them should have been an obvious make.

“It’s easy to blame the conditions or the greens but the truth is I missed
them. It is unfortunate that it’s been happening quite a bit the last few days. I’m usually very, very solid inside five feet. It’s definitely unusual.

“But I’m making it up with a couple of other longer putts and hitting really, really good shots out there. My iron play was exceptional and it was great off the tee. Hopefully I can keep that going tomorrow and clean up the little mistakes and come out on top.”

Herbert led from start to finish to win at Mount Juliet last week and felt he had reaped the rewards of taking it easy on his arrival in Scotland.

“Last week was brutal, just trying to sleep and function off the golf course with the lead and once you get on the course it was another beast,” he said. “I didn’t really do a hell of a lot Monday, Tuesday.

“I took it very, very easy and it would have been pretty easy to kind of look at that and feel like I was under prepared, but then I think it was the perfect preparation for me.

“It’s nice to feel like I made the right decision earlier in the week and it’s nice to get back up near the lead.”

Westwood had surged into the lead with four birdies in his first seven holes, but fluffed his third shot on the 11th to run up a double bogey and then pulled his drive into a bush on the 13th to repeat the costly error.

Senior did well to birdie two of his last three holes to return a 73 and finish nine under after needing four attempts to get out of thick rough to the left of the green to run up a triple-bogey seven.