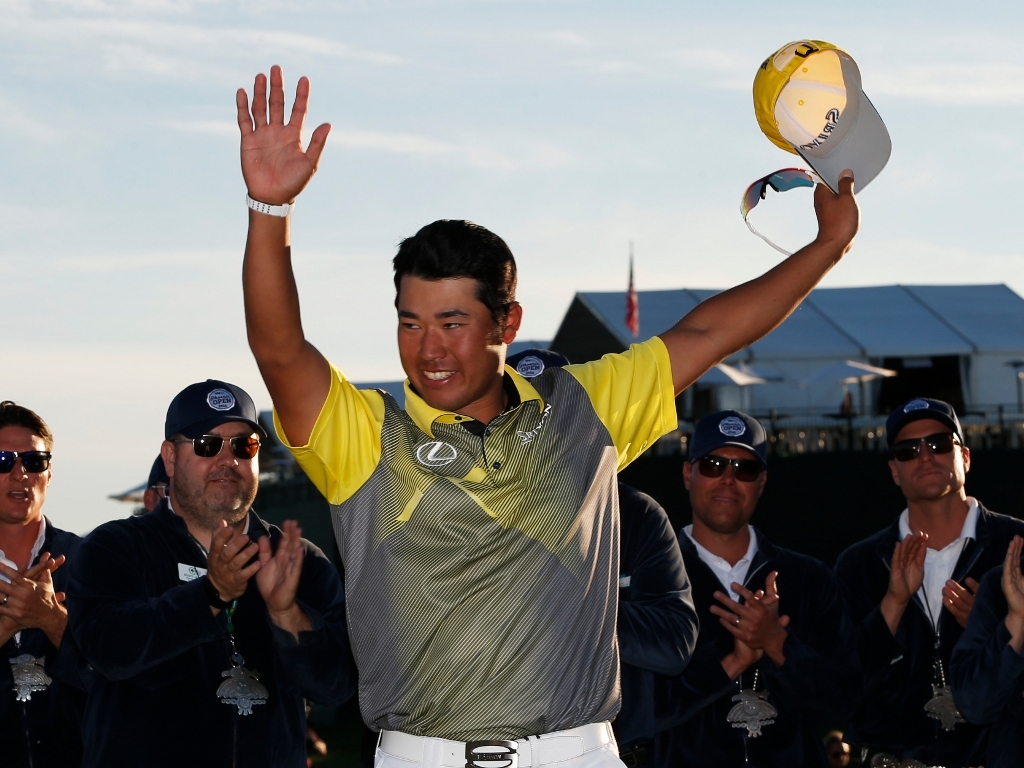 Hideki Matsuyama took advantage of a lapse from Rickie Fowler to win the Waste Management Phoenix Open on Sunday.

The Japanese superstar played flawless golf at TPC Scottsdale on his way to his second PGA Tour win on Sunday.

It wasn't easy, as Matsuyama came back from a two shot deficit over the final two holes only to battle it out with Fowler over four playoff holes.

"It's been a while since the first one and I'm just really happy today," the 23-year-old told Golf Channel.

"At the start of this week I wasn't really playing that well. Winning wasn't one of my thoughts. I'm just glad everything worked out fine."

A clutch moment was undoubtedly the 15 foot birdie putt he drained on the 18th, which forced Fowler to sink his nine footer, which he did.

After that, solid golf in front of the hugely pro-Fowler crowd was enough to see him home.

"The putt I made there was probably the best putt I have ever made in my life," said Matsuyama of the 15 footer.

"Surprised and sad that Rickie finished that way, but all I can do is my best, and I was lucky to come out on top.”