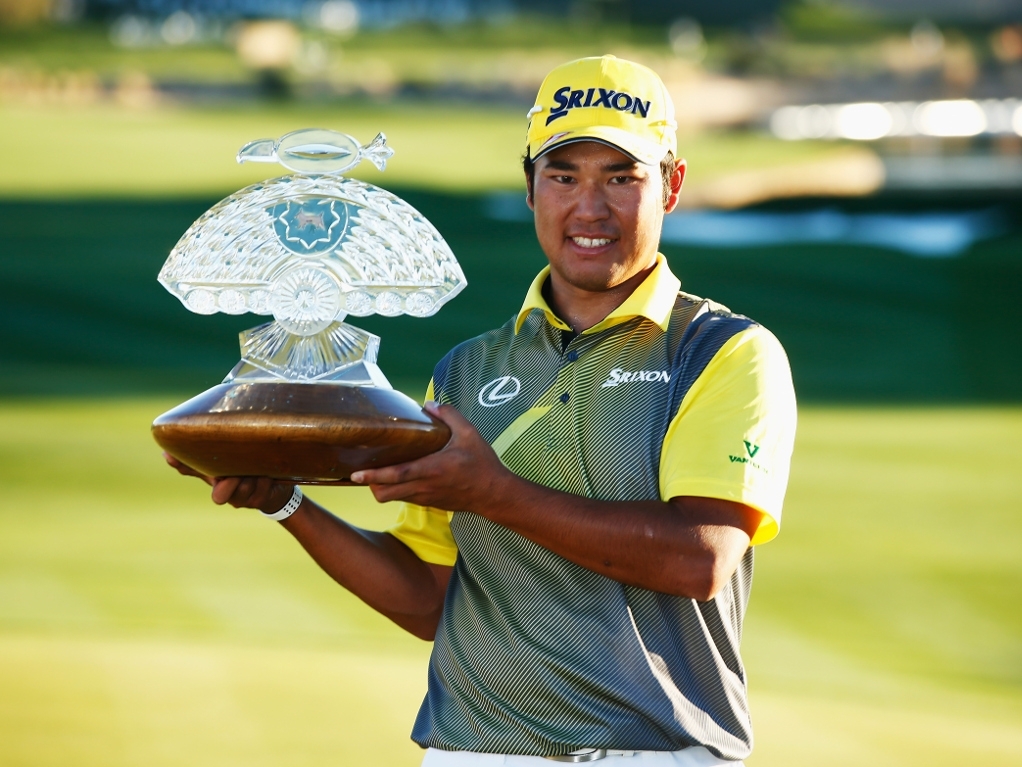 A par at the fourth play-off hole was enough for Japan's Hideki Matsuyama to claim victory over Rickie Fowler at the Phoenix Open on Sunday.

Back-to-back birdies to finish a round of 67 saw Matsuyama join Fowler on 14-under for the tournament and send the action at TPC Scottsdale to a play-off.

Both players went par-birdie-par to begin the play-off before Fowler bogeyed the fourth play-off hole after finding the water to the left of the 17th for the ninth time in his career and the second time in an hour, leaving Matsuyama to two-putt for victory from five feet.

It was an all too familiar tale for Fowler who was forced into the play-off after blowing a two-shot lead on his first visit to the 17th when he hammered a driver through the green and into the water.

While world number four Fowler went bogey-birdie to round of his regulation 18 holes for the day, Matsuyama notched up back-to-back birdies to give himself the chance of claiming a second PGA Tour victory, one he duly took in front of another large crowd following on from Saturday's world record attendance of 201,003.

Matsuyama's first Tour victory also came courtesy of a play-off, when he downed Kevin Na at The Memorial in 2014.

Harris English finished two shots off the pace in third after a closing round of 66 which included four birdies in the opening six holes.

Overnight leader Danny Lee headed into the final day in Arizona with a three-shot lead, but was left to rue a poor start which saw him take the turn in three-over, a stutter from which he was unable to fully recover, eventually finishing three strokes back.