Masters day two: Jon Rahm in with chance of halfway lead in delayed second round 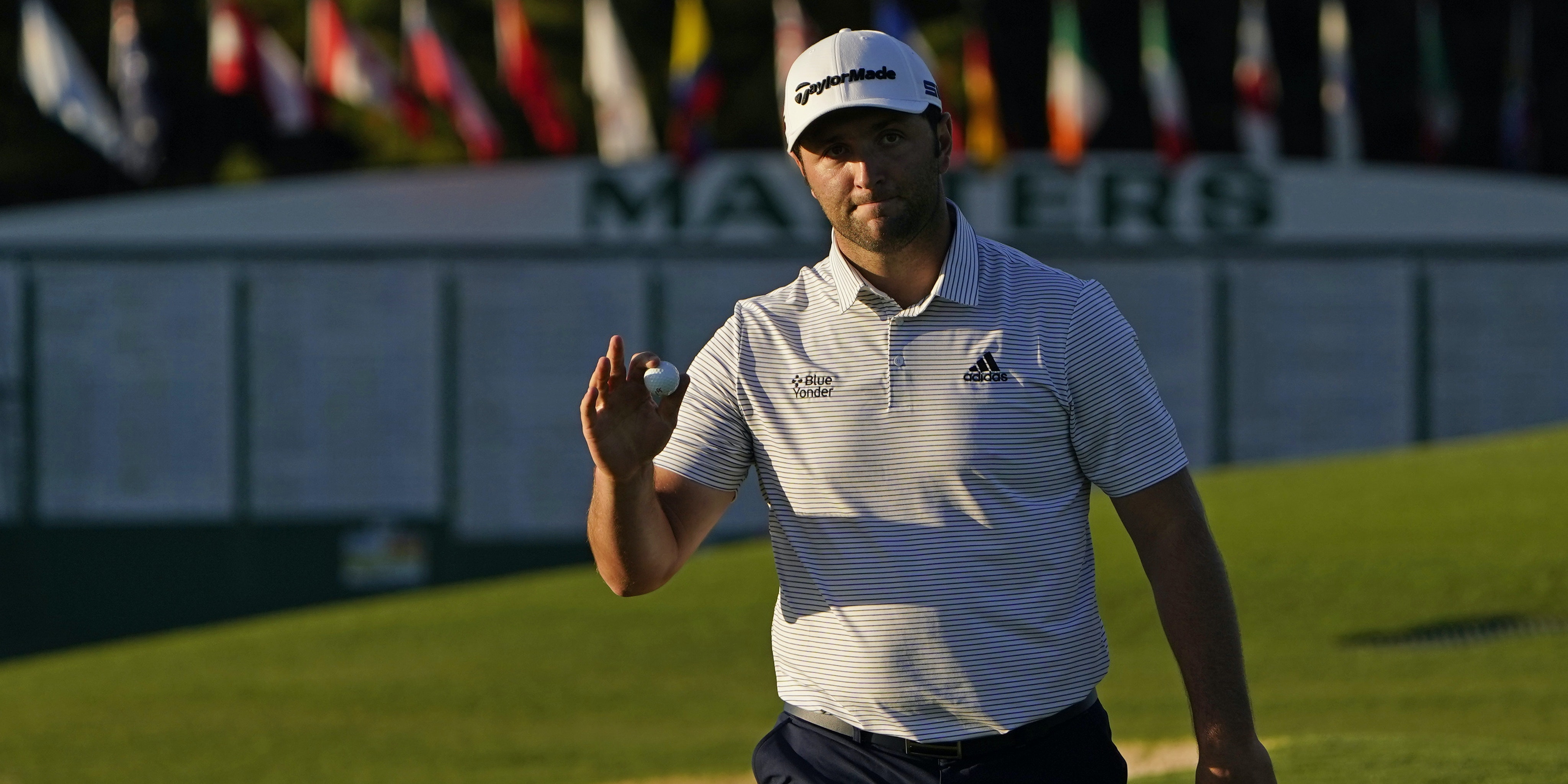 Spain’s Jon Rahm had the chance to claim the halfway lead in the 84th Masters when the delayed second round resumed on Saturday.

Rahm was one shot off the lead and facing a short birdie putt on the 13th when play was suspended in the fading light on Friday, a legacy of the lengthy weather delay on Thursday morning.

Dustin Johnson, Justin Thomas, Abraham Ancer and Cameron Smith shared the clubhouse lead on nine under par, with the English trio of Tommy Fleetwood, Justin Rose and 2016 winner Danny Willett all on seven under.

Tiger Woods was four under par with eight holes to play and Bryson DeChambeau was a shot outside the projected cut on one over after losing a ball in the rough on the third hole and running up a triple-bogey seven.

Dustin Johnson named “sandwiches” as his favourite Masters tradition on Tuesday and with Johnson three shots clear at one point on Friday, one Twitter user imagined the world number one’s Champions Dinner menu.

Phil Mickelson has never been backwards in coming forwards and the 50-year-old had a typical response to a query about his driving.

Australia’s Cameron Smith took on the tricky pin position on the 15th and produced a stunning approach to set up a tap-in eagle.

Danny Willett recovered from a double bogey on his opening hole to card a superb 66, the 2016 champion’s lowest ever round in the Masters.

The second hole continued to be the easiest on the course, the downhill par five playing to an average of 4.446 after giving up one eagle and 49 birdies.

The first hole displaced the 10th as the toughest, playing to an average of 4.273 after giving up just six birdies and causing 24 bogeys and three double bogeys.

The prospects of an English winner after Danny Willett, Tommy Fleetwood and Justin Rose all ended the day two shots off the lead.

Bryson DeChambeau’s mood after the US Open champion somehow lost a ball in the rough to the left of the third fairway, much to his frustration.