Masters day one: Paul Casey off to fast start at Augusta 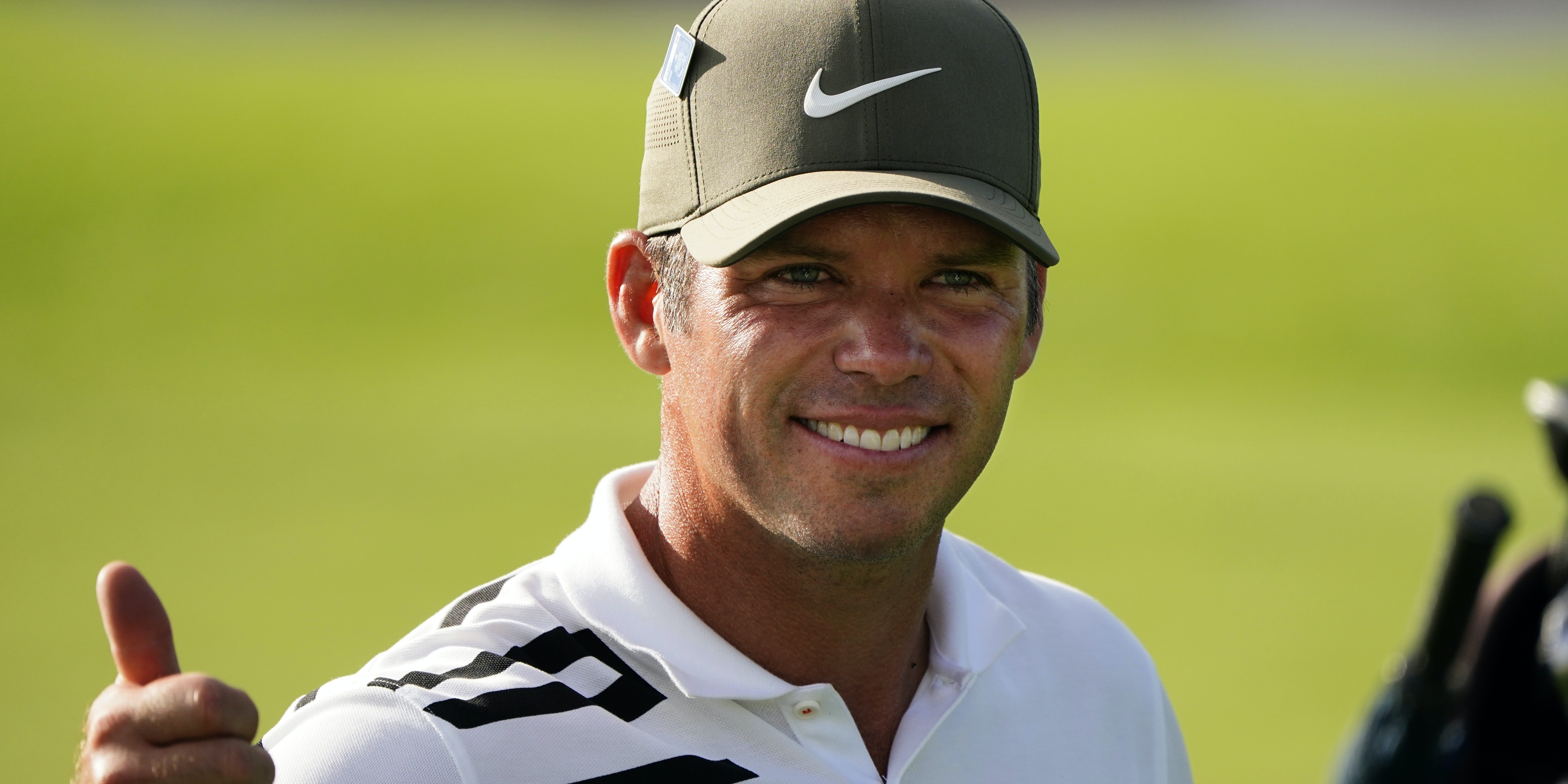 England’s Paul Casey claimed the clubhouse lead in the weather-affected first round of the Masters as Tiger Woods made an ominous start to the defence of his title.

US Open champion Bryson DeChambeau had dominated the headlines in the build-up to the week after overpowering Winged Foot on his way to a six-shot victory in the US Open in September.

And although DeChambeau recovered from a shaky start to finish two under par, Casey equalled the lowest round of his career at Augusta National with a flawless 65 to lead by two from Webb Simpson and Xander Schauffele.

Woods returned a bogey-free 68 to join Lee Westwood, 2018 champion Patrick Reed, Louis Oosthuizen and Hideki Matsuyama on four under par on a high-class leaderboard as the players took advantage of the soft conditions.

Jason Kokrak was unlucky to find the water on the 15th, but at least Lee Westwood showed him where the ball had gone in.

“I’ve got rubber things inside here to stop the shirt coming out, and when I wear braces the shirt doesn’t come out, so that’s it. I don’t use it for a fashion parade” – Sandy Lyle explains his decision to wear braces.

Former champion Patrick Reed looked to be in trouble after a wayward drive on the ninth, only to produce a magical escape to set up a birdie.

Nineteen months after an opening round of 81, Paul Casey improved by 16 shots with a flawless 65.

It is tough for Tiger Woods to break new ground at this stage of his career, but the 44-year-old managed it with a bogey-free 68.

The par-five second hole played to an average of 4.500 with 36 players making birdie and clubhouse leader Paul Casey one of four players to make an eagle.

Casey also birdied the 10th, his opening hole, but overall that played the toughest, with 23 bogeys and two double bogeys contributing to an average of 4.265.

Paul Casey’s prospects of a first major title after the 43-year-old carded a superb 65, a 16-shot improvement on his opening round last year.

Rory McIlroy’s chances of the victory needed to complete the career grand slam after a front nine of 36 left him with plenty of work to do.