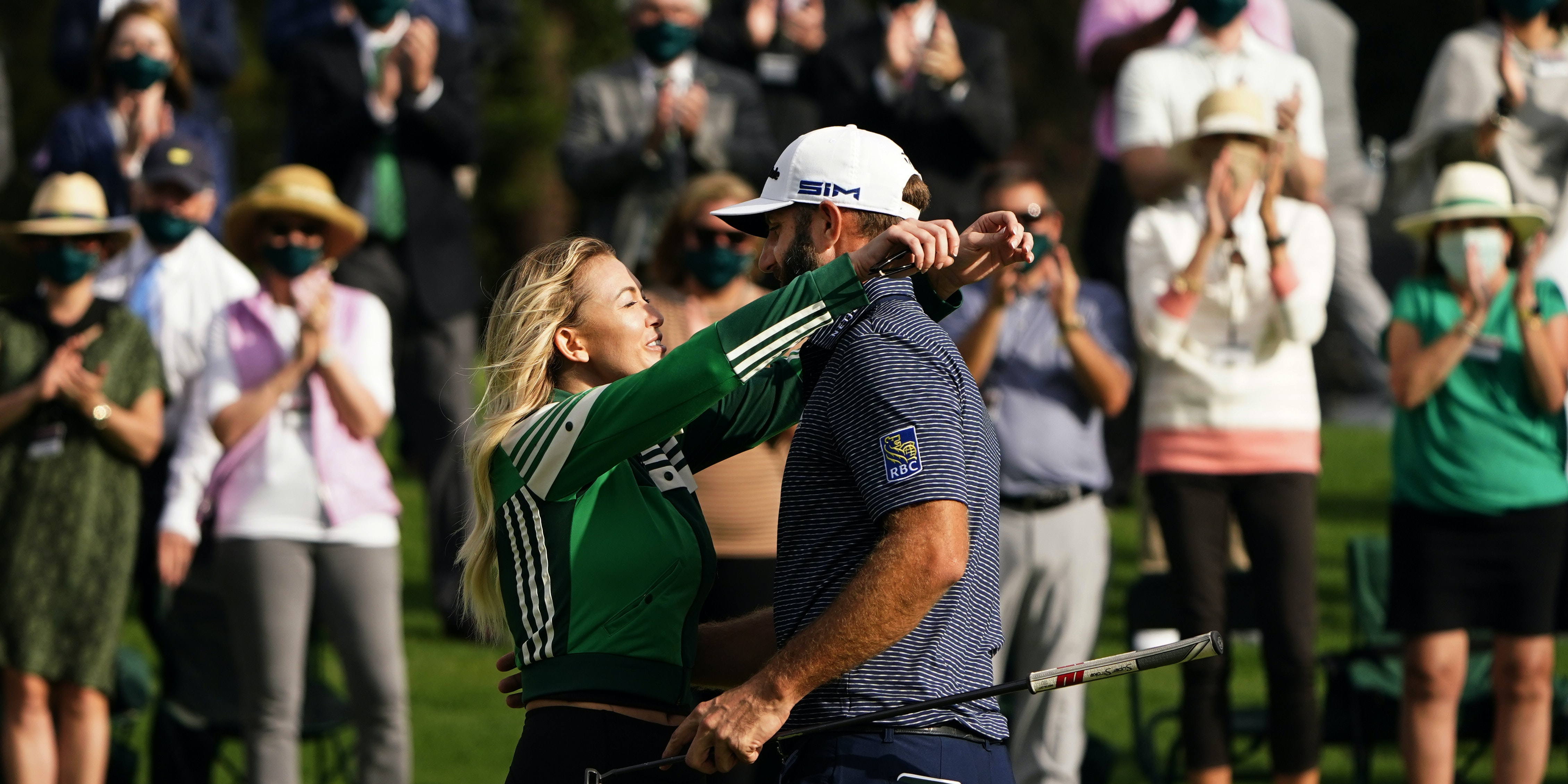 A month after having to self-isolate in a Las Vegas hotel room, Dustin Johnson distanced himself from his rivals to win his second major title in record fashion in the 84th Masters.

Johnson now has lifetime access to the infinitely preferable Champions Locker Room at Augusta National after surviving a shaky start to ease to a five-shot victory over Australia’s Cameron Smith and South Korea’s Sungjae Im.

The world number one, who tested positive for Covid-19 in October, carded a closing 68 to finish an incredible 20 under par, surpassing the tournament record of 18 under set by Tiger Woods in 1997 and matched by Jordan Spieth in 2015.

Smith and Im’s totals of 15 under par are the best by a runner-up in tournament history and Smith also became the first player to break 70 in all four rounds, but Johnson was a class apart and now has two wins, three runners-up finishes, a third and a sixth in his last seven starts.

Johnson is not known for showing his emotions, but winning the Masters clearly means a lot.

Cameron Smith produced a few contenders for shot of the day, but this one at the seventh took the prize.

On a tricky final day, Johnson’s 68 was the joint lowest score and compiled under the highest pressure.

Five statistics for the price of one from Johnson’s victory.

For the fourth day running the par-five second was the easiest hole, playing to an average of 4.433 thanks to three eagles and 34 birdies.

The par-four fifth hole was the most difficult, playing to the exact same average as the second due to not yielding a single birdie. There were 22 bogeys and two double bogeys.

It was the 12th that caused most problems for Woods, however. The defending champion took an incredible 10 shots to complete the hole on Sunday.

Johnson’s standing in the game after finally proving he could convert a 54-hole lead in a major championship at the fifth time of asking.

The chances of Augusta National playing quite so easily in April after Johnson’s winning total of 20 under par.