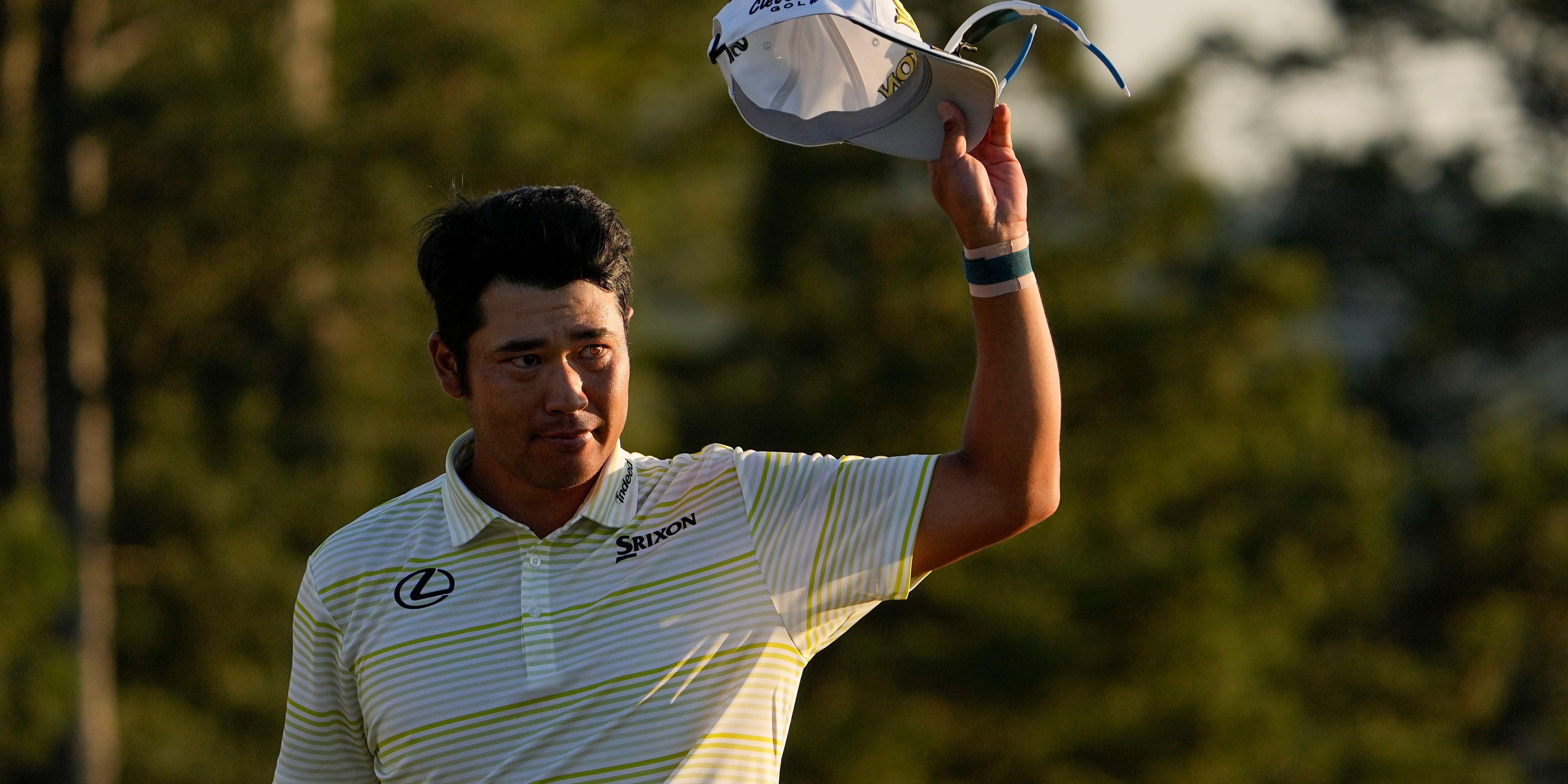 Hideki Matsuyama recovered from a nervy start and survived a late self-inflicted wound to claim his first major title in the 85th Masters.

A decade after finishing as the leading amateur at Augusta National, Matsuyama became the first male Japanese player to win a major championship, cementing his superstar status in his home country.

The 29-year-old was cruising to victory until a two-shot swing on the 15th saw his lead cut in half, only for nearest rival Xander Schauffele to promptly find the water with his tee shot on the 16th.

A closing 73 gave Matsuyama a winning total of 10 under par and a one-shot victory over debutant Will Zalatoris, with Schauffele and 2015 champion Jordan Spieth two shots further back.

Adam Sandler, star of “Happy Gilmore”, wished Will Zalatoris good luck ahead of the final round with a reminder of his similarity to Gilmore’s first caddie in the cult film.

“Hideki in Japan – he’s a bit like a Tiger Woods to the rest of the world” – Adam Scott sums up how big a star Matsuyama was even before his victory.

There was admittedly a fair amount of luck involved, but Tony Finau did not care after remarkably escaping with a par on the seventh.

New dad Jon Rahm only arrived in Augusta on Wednesday afternoon and carded three straight rounds of 72 before closing with a superb 66.

Jordan Spieth contended once again at Augusta National but the 2015 champion came up short.

The par-five second played to an average of just 4.296, the traditional Sunday pin position yielding five eagles, 28 birdies and not a single bogey.

The par-four 11th played to an average of 4.426, with just one player making a birdie as it played to a total of 23 over par.

When is the next major?

Kiawah Island hosts the US PGA Championship from May 20-23.