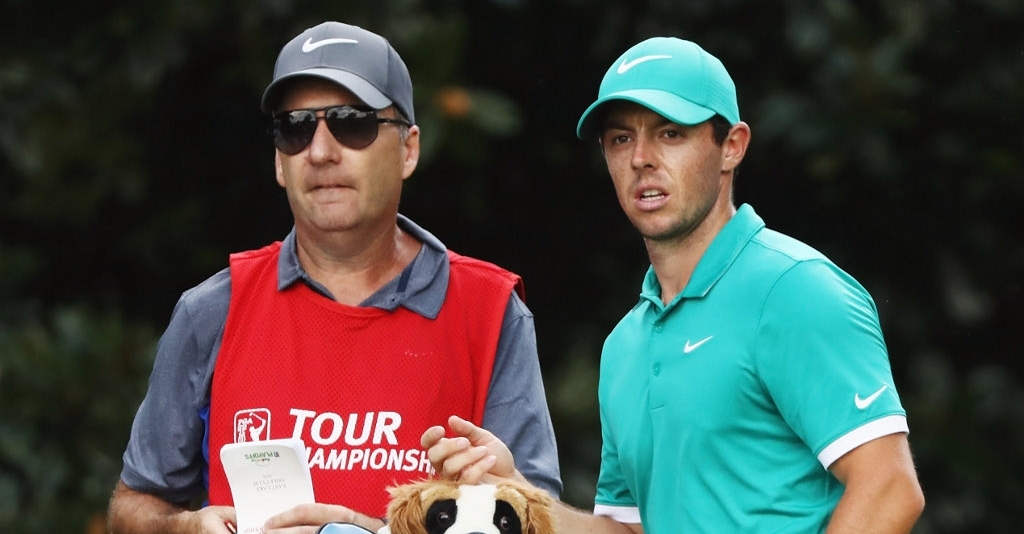 Being a caddie for one of the world's best golfers can be a very lucrative profession – just ask Rory McIlroy's right-hand man J.P. Fitzgerald.

When McIlroy received his FedEx Cup bonus after his impressive victory at the Tour Championship, it was Fitzgerald who informed him the money had come through via a text message.

How did Fitzgerald know the massive $10 million bonus prize had been deposited? Because he received 10% of it – a cool million dollars.

"I think his words were, 'A tsunami just hit my bank account, so thank you very much,'" McIlroy said Wednesday. "J.P. got a nice percentage of that, so I knew at that point it was already there."

PGA Tour caddies typically receive a stipend for the week and then a percentage of the earnings.

McIlroy said he paid his caddie 10% from the $9 million he took home that day from his FedEx Cup bonus, and 10 percent from the Tour Championship earnings.

While the obscene amounts of money paid out to golfers is a discussion for another day, it's good to see them sharing the wealth.

McIlroy said he had no qualms about giving Fitzgerald that much.

Here's another interesting fact: If Fitzgerald's earnings for the Deutsche Bank Championship, Tour Championship and the FedEx Cup title – two weeks' work – were to count on the PGA Tour money list, he'd have secured his card for next year by virtue of being in 89th place.