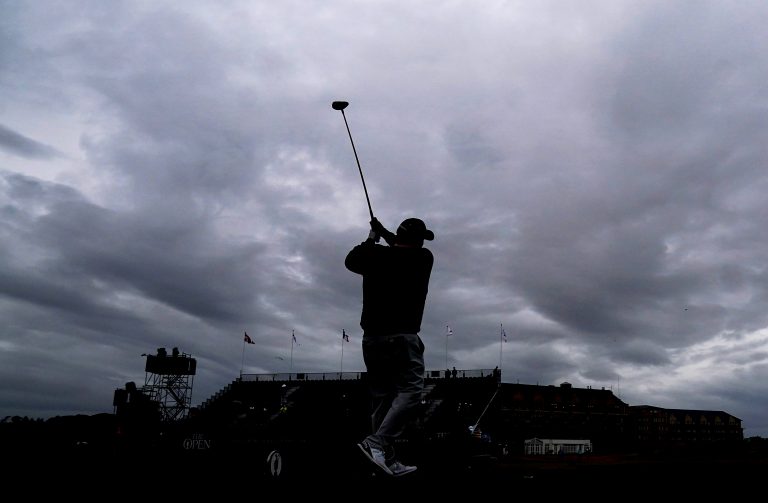 Light rain greeted the early starters as day two of the 150th Open Championship got under way at St Andrews.

Former winner Mark Calcavecchia hit the opening shot at 6.35am in what will be his final appearance in the game’s oldest major championship.

The 62-year-old is beyond the age limit of 60 for former champions, but was given an exemption due to suffering from an injury in 2021 and the Open being cancelled in 2020.

Calcavecchia, who lifted the Claret Jug at Troon in 1989, struggled to an opening 83 and bogeyed the second and third on Friday to remain in last place on 13 over par.

At the other end of the leaderboard, world number two Rory McIlroy faced a long wait to resume his bid for a fifth major title with a tee time of 2.59pm.

McIlroy’s superb opening 66 left him two shots behind American Cameron Young, who marked his Open debut with a flawless 64, a score only McIlroy himself has beaten in the first round of an Open on the Old Course.

McIlroy’s 63 came back in 2010 and was followed by an 80 in terrible weather, while an ankle injury suffered playing football prevented him from bidding to retain the Claret Jug at the same venue in 2015.

“It’s another good start at a major, three in a row for me now, and I’m looking forward to the next few days,” said McIlroy, who is well aware he has failed to turn those starts into overdue wins, a third-round 74 doing the damage in the US PGA and a 73 at the same stage of the US Open equally costly.

“I need to go out and back up what I did. I think that’s important to do.

“I’ve been playing well, I’ve been swinging the club well, and I think it’s better if I don’t think about it that much and I just go out and play golf and try to shoot some good scores on one of my favourite golf courses in the world.”

Tiger Woods has made it clear the Old Course is definitely his favourite course, but the winner here in 2000 and 2005 struggled to an opening 78 which took six hours and eight minutes to complete.

That left Woods likely to need a 67 or 66 to make the cut, with the 15-time major winner due out shortly before 10am alongside US Open champion Matt Fitzpatrick (level par) and Max Homa (+1).