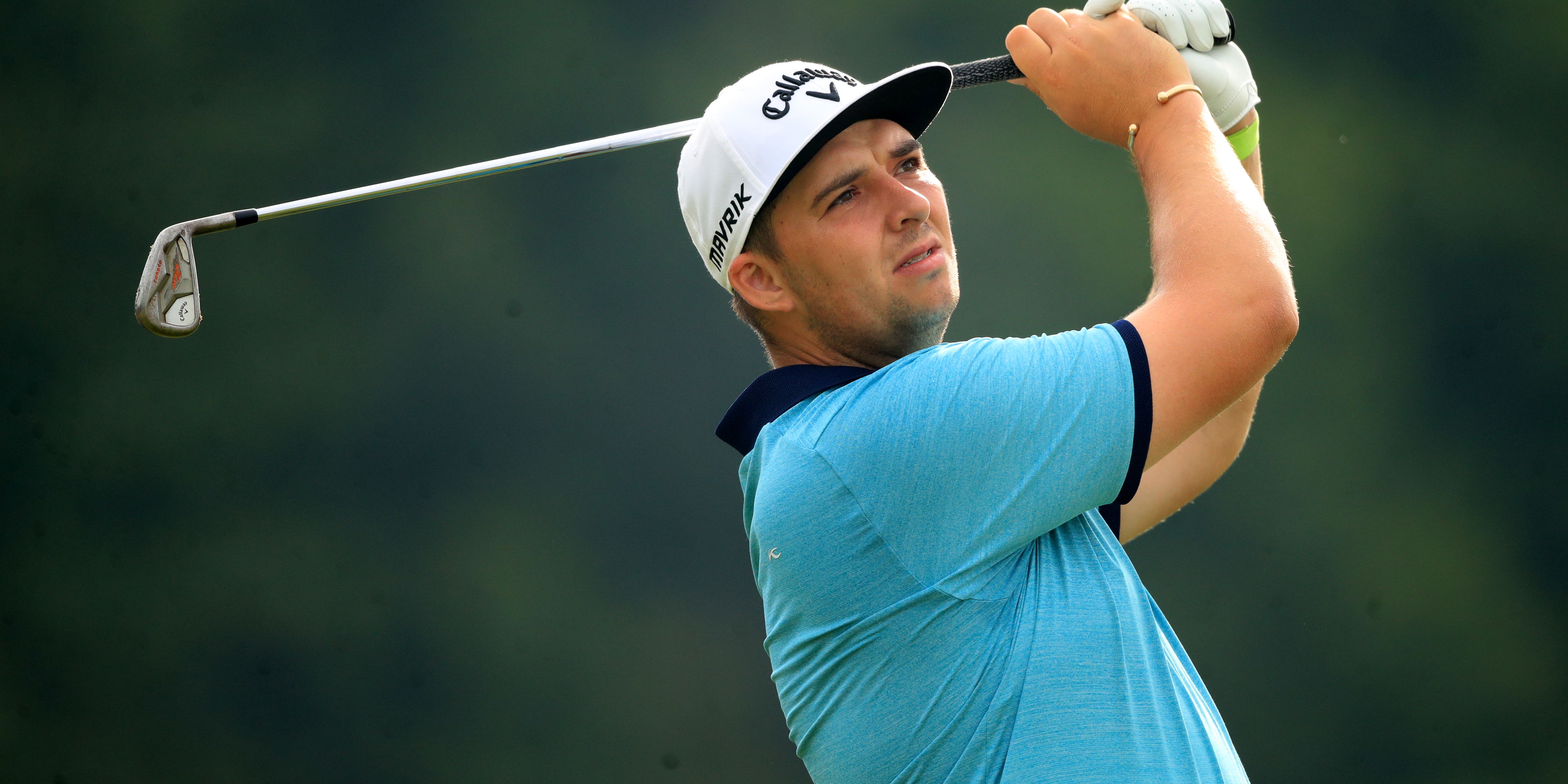 England’s Marcus Armitage produced a stunning final round to claim his first European Tour title in the Porsche European Open.

Beginning the day four shots off the lead, Armitage stormed through the field with a closing 65 to finish eight under par, two shots ahead of Matthew Southgate, Darius van Driel, Edoardo Molinari and Thomas Detry.

Defending champion Paul Casey finished two shots further back following a final round of 68 in an event reduced to 54 holes due to quarantine issues for players, caddies and staff from the UK.

Armitage, who recently set a new Guinness World Record for the longest shot (303 yards) caught in a moving car, birdied the first and third before holing out from 80 yards for an eagle on the par-four seventh.

The 33-year-old almost repeated the feat on the ninth to set up a tap-in birdie and complete the front nine in just 29, before birdies on the 11th, 12th and 14th took him four shots clear.

Southgate responded to dropping a shot on the 11th with a tap-in birdie on the next and Armitage gave the chasing pack further hope on the 16th, surprisingly opting to putt from short of the green despite having more than 100 feet to the hole.

The resulting bogey cut his lead to two and it was down to one when Southgate tapped in for a birdie on the 15th after coming agonisingly close to an eagle from 35 feet.

Southgate again came close to holing from long range on the 16th but, after
also making par on the 17th, pulled his drive on the last into the water to
effectively end his chances.

Van Driel needed to eagle the 18th to force a play-off and had 226 yards to the
green following a superb drive, but bafflingly opted to lay up and when he
failed to hole his approach, Armitage could celebrate an emotional win.