Making a splash: The 17th at Sawgrass 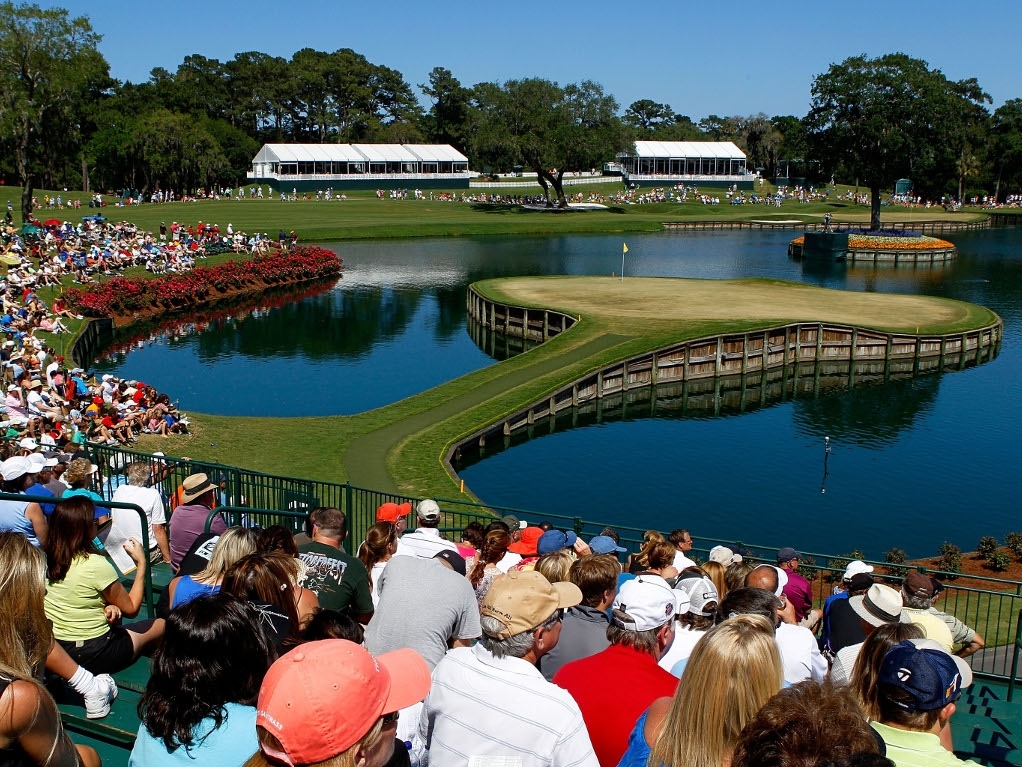 The PGA Tour stops off at TPC Sawgrass for the Players Championship this week, which features one of the most recognisable holes in golf.

The signature par three has an island green surrounded by plenty of water. While not particularly long – it’s just 137 this weekend – the green is fairly small, measuring just 24 metres across, featuring very little ball-saving rough and just one tiny bunker at the front.

The 17th's existence actually came about by accident, as designers, Pete and Alice Dye had intended it to be a straightforward par three flanked by a small pond.

However, the sand that surrounded the green – a crucial ingredient for course making – became more and more depleted as the course expanded over the marshlands, leaving an enormous crater.

While Alice had the vision of an island green in her head, Pete disagreed. His wife got her way, in the end, creating one of golf's most recognisable holes in the process.

The professionals at the Players will need nothing more than a pitching wedge to reach the green, but the it's the trees that create the difficulty, as the wind is often an issue in Florida. These trees affect the consistency of the wind and with no bailout option on all four sides, it makes for a challenging shot.

In fact, it is estimated that the water surrounding the green swallows up over 100 000 balls every year.

Even for the professionals, the challenge is not lost…

"Seventeen was a hole that I had always made big numbers and it really kind of knocked me out of the tournament early on," reflects Phil Mickelson, who missed the cut in 2015.

“In 2007, the year that I did win for the first time, I changed my approach on 17 entirely to basically hit at the middle of the green and just try to make four pars and not make the big number."

As for the big hitting, high flying Bubba Watson, the relationship between him and the 17th is rocky at best.

"I think I've played it well over par. The first couple years when you're playing here, you get juiced up, you get pumped up, so the ball goes a little farther. I've hit sand wedge over the green. I really don't miss it left and right, I miss it long or short."

US Open winner Justin Rose revealed that outside of competition, it's simply a cakewalk.

"To me, 17 is one of the easiest holes we play all year…on Tuesday and Wednesday. Thursday when you've got a scorecard in your hands, it ramps up. You feel your heart rate elevate on the tee box, so be prepared for that

Defending champion Rickie Fowler has fond memories of the hole, as he came from five shots down with six holes remaining to force a playoff, which he eventually won via sudden death.

The Californian would birdie the 17th – which is used as a sudden death hole if players are tied after replaying 16-18 – three times in the space of an hour for his second win on the PGA Tour.

"It's fun. It's not a long hole, but there really isn’t any room for error. With just a little bit of a mis-hit, you’re swimming and grabbing another ball. It’s as easy to make 2 as it is to make 7."

If you like looking at superstars with anxious faces, be sure to tune into the action this weekend at the 43rd Players Championship, which tees off on Thursday in Ponte Vedra Beach.