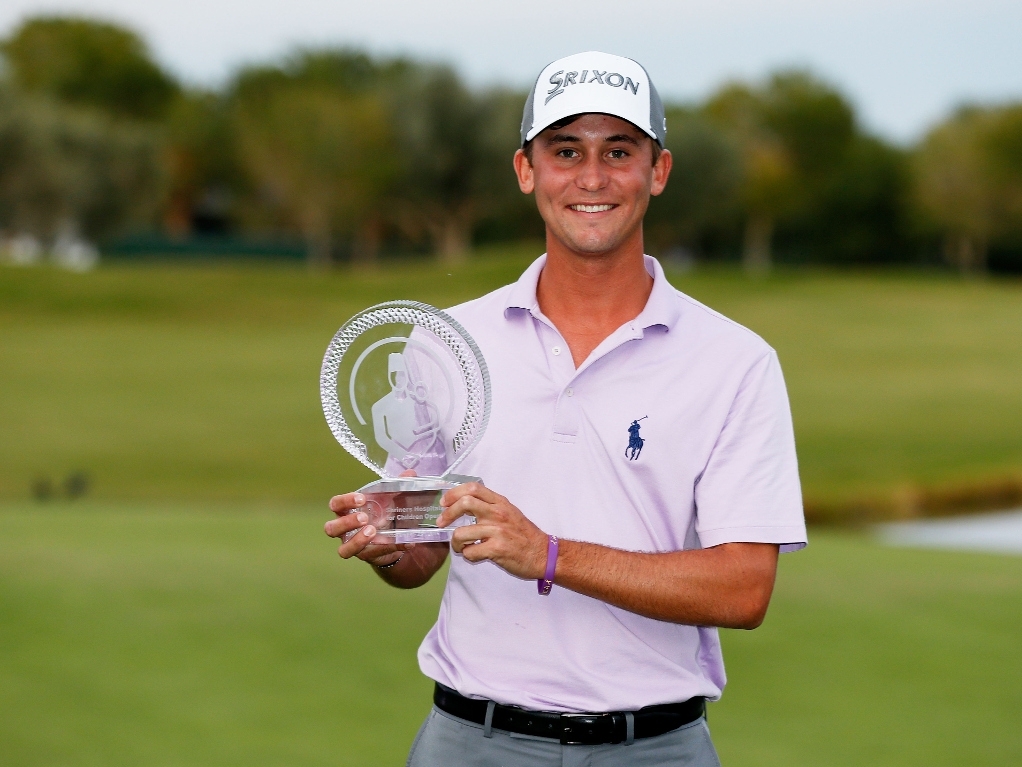 Smylie Kaufman carded a final round 61 to win the Shriners Hospitals for Children Open, his first PGA Tour title.

Having begun the day seven shots off the pace, Kaufman was one of the earlier starters and by the time the third round frontrunners were taking the turn, the 23-year-old had already posted a clubhouse score of 16-under-par, a mark that would not be beaten.

Kaufman came from a tie for 28th overnight to take the victory in what is the second largest comeback by position in PGA Tour history, and in what was just his fifth PGA Tour start.

After a birdie at the second, Kaufman went on to play the last 11 holes in nine-under, adding a further five birdies and an eagle at the par-four 15th after landing a 3-wood from the tee to within 15 feet. The former LSU player then sunk a 20-foot birdie putt at the par-four 18th, a birdie which would prove crucial as the remainder of the field fell just short.

Stegmaier, who led after the second and third rounds, had a chance to force a play-off at the last, but his 20-foot birdie at the 18th came up short as he finished with a 69.

It was another near-miss for Na, who lost in a play-off to Emiliano Grillo at last week's Fry's.com Open. A birdie at the 16th had seen the American grab a share of the lead, but a poor chip at the 17th resulted in a bogey. Like Stegmaier, Na had a putt for a spot in a play-off, but he was unable to sink his 15-foot birdie effort.

Patton Kizzire was another to storm up the leaderboard on Sunday with a round of 63, while Cejka, Tringale, and Bohn shot rounds of 66 that prove to be just not enough.