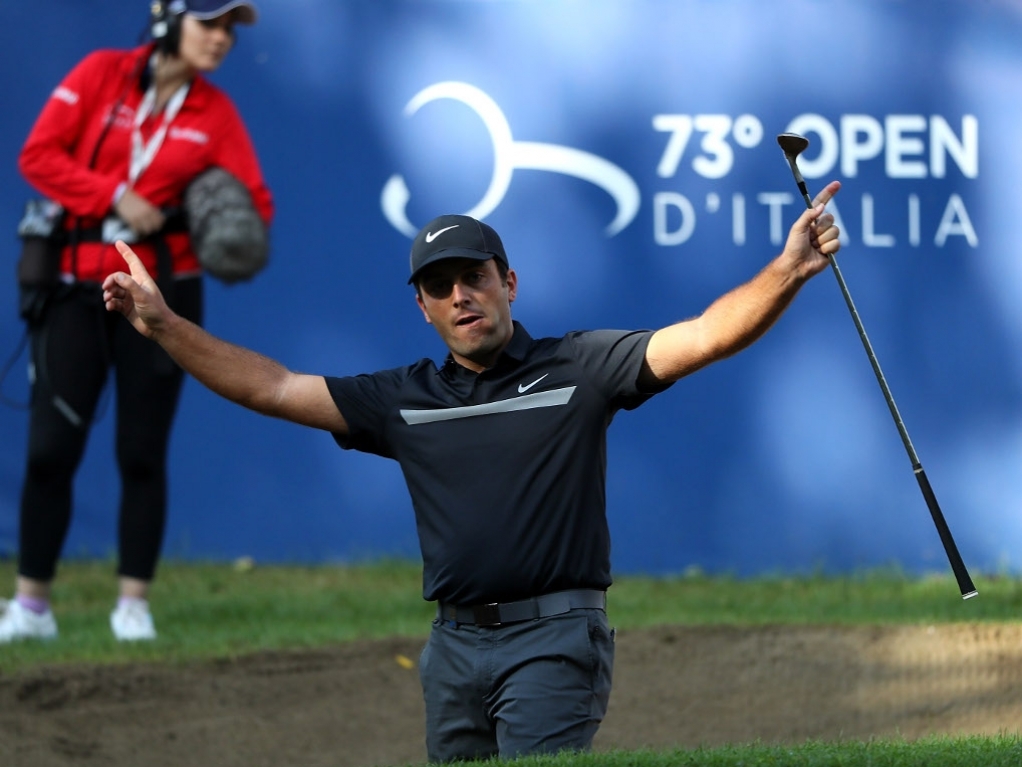 Francesco Molinari won the Italian Open by one stroke in front of a fantastic crowd on Sunday.

The Italian carded a superb six under 65 at Golf Club Milano to take him to 22 under par for the event, edging Danny Willett by one shot.

The win marks his first since the Spanish Open four years ago, but more importantly, Molinari became the first Italian to win his home Open twice.

After opening with an eagle on the par five first, he had three more gains before making the turn.

Another birdie on the 12th saw him enter the final six holes with a four shot lead over Willett.

But the Englishman applied the pressure, following his birdie on the 13th with an eagle three on the next hole.

There was a touch of drama on the par four final hole, where Willett was just one shot behind Molinari.

Willett went left off the tee and Molinari went way right, finding himself behind a tree.

The Masters champion laid up, but Molinari was undeterred, executing a superb low punch shot  that skipped its way between the bunkers and onto the front of the green.

Willett would roll in a eight foot putt for par and after Molinari left his long range effort quite short, he had a bit of work to do. But again he performed under pressure, draining the tricky four footer and sending his home crowd into raptures.

"It's been a rollercoaster," the 33-year-old told europeantour.com.

"It's amazing to see this amount of people out here supporting me.

"I had the ideal start, I couldn't start any better. When I birdied 12 I got four shots [clear] and thought maybe I could relax a bit and I got punished straight away. Coming in I had nothing left, I was just playing with my soul.

"I was hitting horrible shots but somehow I managed to bring it in."

Further down the field, Nacho Elvira dna Chris Paisley would finish T3 on 18 under par, while the English pair of David Horsey and Richard Bland were locked on 16 under for a share of fifth.