Magical Matsuyama holds on in Albany 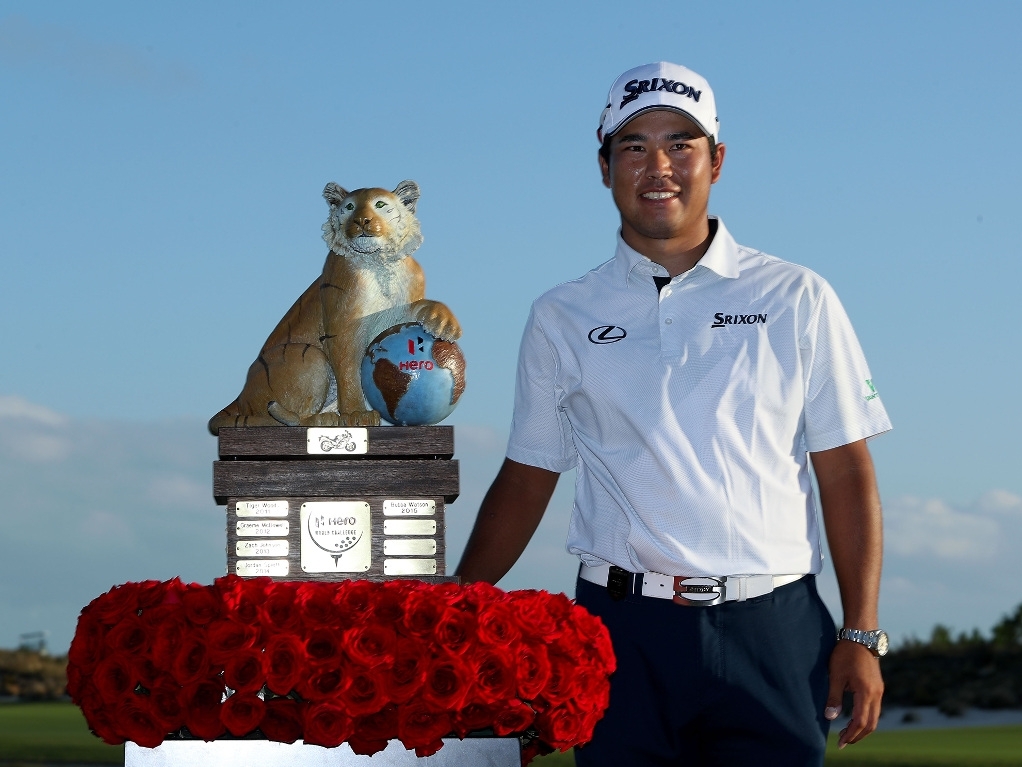 Hideki Matsuyama held on to win the Hero World Challenge by two shots on Sunday despite a strong challenge from Henrik Stenson.

The Japanese superstar struggled on the final day, carding a one over 73 to move to 18 under for the tournament, but did enough to edge Stenson and claim victory around the blustery Albany course.

Matsuyama looked to be cruising and at one stage had an eight stroke lead on Stenson but a double bogey on the tenth gave the Swede a sniff. There was then a two shot swing when Stenson rolled in a birdie on the 14th while Matsuyama three-putted for a bogey.

While another gain by Stenson 16th put Stenson within two shots, Matsuyama held on for fourth PGA Tour win after a fantastic up and down on the last.

The 24-year-old is in a purple match of form at the moment, having won no less than four tournaments from his last five starts.

Further down the field, Rickie Fowler, Dustin Johnson and Matt Kuchar tied for third on 13 under. Bubba Watson would card the lowest round of the day, with his five under 67 moving him to T6 with Jordan Spieth and Brandt Snedeker.

Tiger Woods produced another mixed bag but would ultimately card his worst round of the week  – a four over 76 – despite five birdies for solo 15th finish at four under. Nonetheless, the former world number one still drained the most birdies all week.