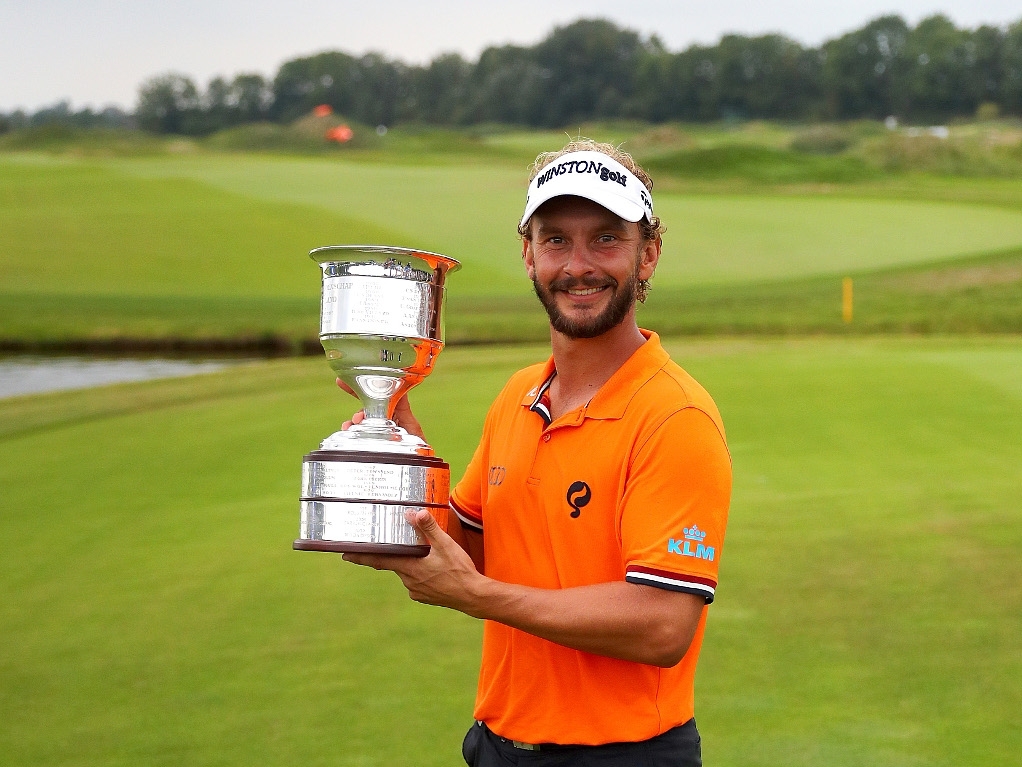 Joost Luiten shot a course-record equaling 63 on Sunday at The Dutch to claim the KLM Open, fending off challenges from Bernd Wiesberger and Byeong-hun An.

Luiten's day got off to the ideal start as he opened with consecutive birdies on one and two. He went on to make another eight gains and dropped only two shots the entire day.

His final total for the week was 265 strokes, which got him to 19-under-par and gave him victory by three shots over second placed Wiesberger, who closed with an impressive round of 65.

Luiten was superb all week. His familiarity with The Dutch course was glaring obvious and he seemed the most comfortable player in the field. While his driving, iron play and putting were all brilliant, it was his superior course management that ultimately proved the difference.

Speaking after claiming his second KLM Open title, Luiten could not hide his delight.

"The first one was special but this one is very special," he said. "To have the Dutch people behind me all week and to be able to stand here with the trophy in my hands is very special.

"It was one of those days where everything I looked at went in the hole. People talk about the zone, and I think I was in it today. I missed one shot when I went in the water on 13 but besides that I didn't do much wrong.

"These are the kind of days that make it all worth getting out of bed for.

"This makes up for any disappointments this season. I had been so close to winning this year in Spain and China but to win here in front of your home support just makes you forget about all the disappointing results.

"We will see what happens but I just want to keep this form going and see where it takes me."

South Korea's An was third at 13 under, a shot ahead of Spaniard Alejandro Cañizares, English duo Ben Evans and David Horsey and Australia's Scott Hend.