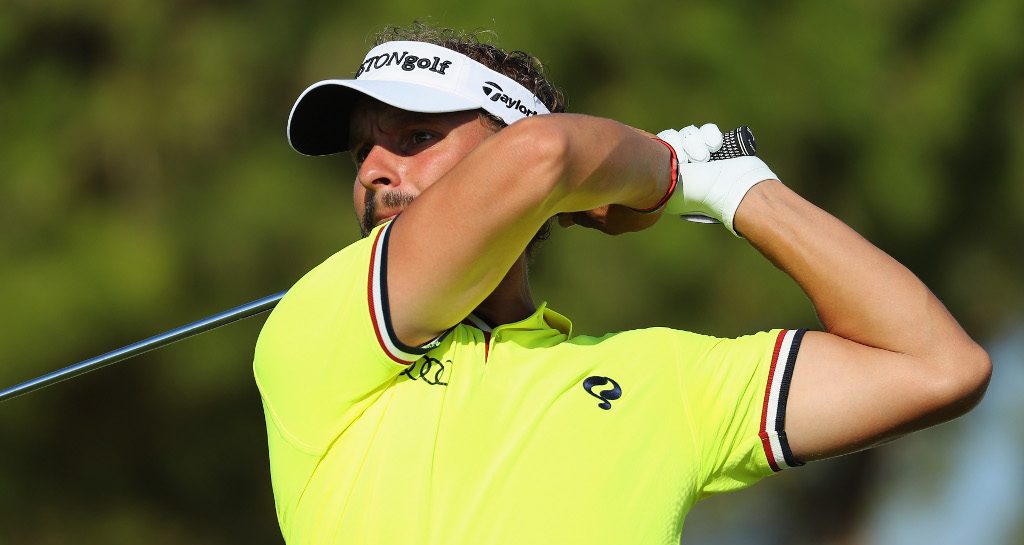 Dutchman Joost Luiten and South African George Coetzee are tied at the top after the opening round of the Portugal Masters.

Luiten held the clubhouse lead for most of the day after setting the early clubhouse target with a sterling seven-under-par 64.

That score was matched later in the day by Coetzee, as the two players finished the opening day at Dom Pedro Victoria Golf Course tied for the lead.

Luiten produced a flawless round that featured birdies at the first, fifth, ninth, 11th, 15th, 17th and 18th.

“I’m very happy, seven under – no bogeys, seven birdies – that’s what you want every day,” he said.

“I was struggling a little bit with the old driver and a new Taylor Made driver in the bag now, slightly bigger head, slightly more forgiving and especially when it will be windy conditions that will really help.

“I knew my game wasn’t far off and the good thing about golf is there’s always next week and this week it feels nice and hopefully we can keep it going.”

Coetzee bogeyed the second, but picked up birdies at the fifth, eighth and 10th, before adding four in a row from the 12th, with another at 17 for good measure.

8th birdie of the day for @gcoetzeegolf.

We're tied at the top 👥 pic.twitter.com/BdY3M11QOi

“I’ve always played well around this track, posted some good finishes and I really enjoy the golf course, it suits my eye pretty well and luckily today it did that again,” he said.

As many as eight players lie just two shots back in a crowded leaderboard, including Graeme Storm, Anders Hansen, Marc Warren, Padraig Harrington and Oliver Fisher.