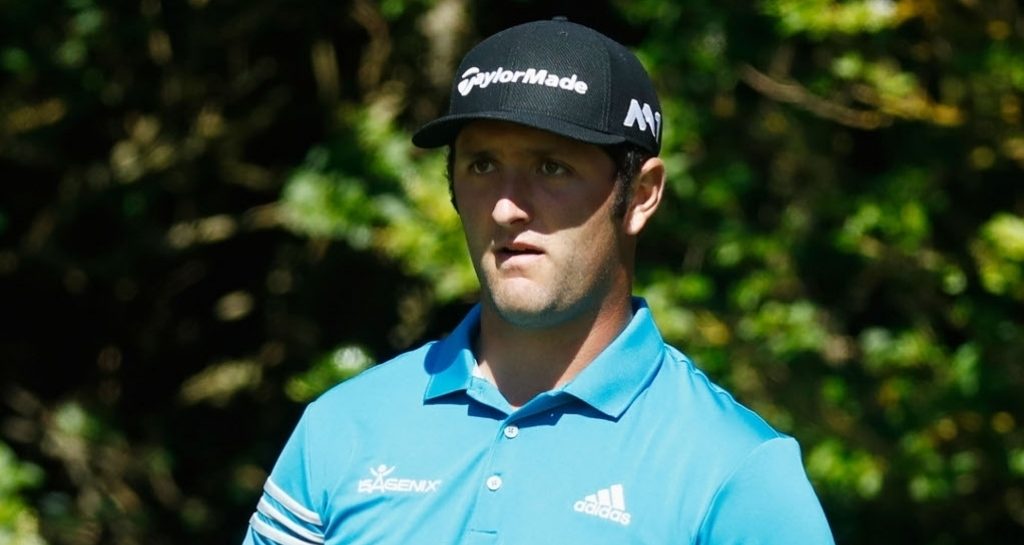 Jon Rahm seems to be making a habit of getting embroiled in rules controversies, only to escape unscathed.

In Thursday's first round at the Open Championship, the talented young Spaniard thought he spotted a loose, three-foot long vine or reed near where his ball came to rest on the par-5 17th.

Rahm pulled the reed away, but then realised it wasn't loose but attached.

“I got there and I thought it was a loose impediment because it looked dead, so I just moved it to the side,” Rahm said. “And that’s when Lee came and he realized it was attached.”

A rules official was called over and Rahm was asked whether his action had improved his lie or not. He was adamant it had not.

Rahm was not cleared immediately. The official tentatively assessed a two-shot penalty, and said a final decision would be made in scoring.

He walked away from the 17th with a double-bogey seven, and at the end of his round he was listed as having shot a one-over 71.

A discussion with chief referee David Rickman followed after his round, however, and Rickman decided that the lie had not been improved, and that Rahm had acted in good faith.

The two-stroke penalty was removed, and Rahm escaped with a 69 that leaves him very much in the hunt.

The incident follows another at the Irish Open two weeks ago, where Rahm appeared to move his ball closer to the hole after initially moving it from his playing partner's line.

On that occasion, a rules official determined Rahm used "reasonable judgement" to return the ball to its original spot – despite video evidence appearing to show otherwise.

Rahm admitted it was frustrating to be involved in two successive rules controversies, but insisted he could only tell the truth as he saw it, and leave it to others to decide.

“At the end of the day it’s not my call, honestly,” Rahm said. “I can describe what happened as honestly and truthfully as possible, and as detailed as can happen, and they make the judgment call. it’s up to them. They did say it was a very fine line, but the decision is up to them. I would’ve been fine with whatever. They’re the rules officials; they know the rules better than any of us, and it’s their call. I said the same two weeks ago.”